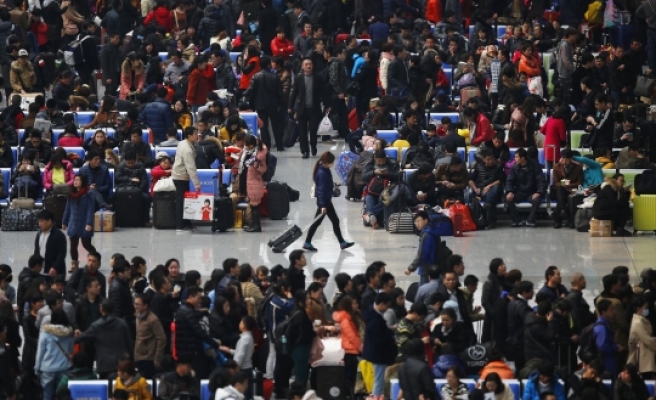 World Bulletin / News Desk
China’s annual Spring Festival travel rush known as “chunyun” is starting this week, as millions of passengers in city centers travel to their homes in rural China to spend the holiday with their loved ones.

The Spring Festival Holiday, also known as Chinese New Year, will officially begin on January 31. The holiday period normally of one week, can spill over to longer as people avail of the opportunity to spend time with their relatives and friends.

China, the most populated country in the world with 1.3 billion population, experiences the world’s biggest migration of people during this holiday season with city migrant workers travelling to their homes in rural China.

Most of the live poultry bazaars will be closed during the first 15 days of the Spring Festival as a precaution to prevent and control the H7N9 bird flu epidemic in the country. The precaution has been taken by authorities despite the fact that no symptoms have been detected to show a human-to-human infection of the disease.