The People's Daily, the official paper of China's ruling Communist Party, said that moves by the West to support anti-government movements in the Middle East were having the opposite effect. 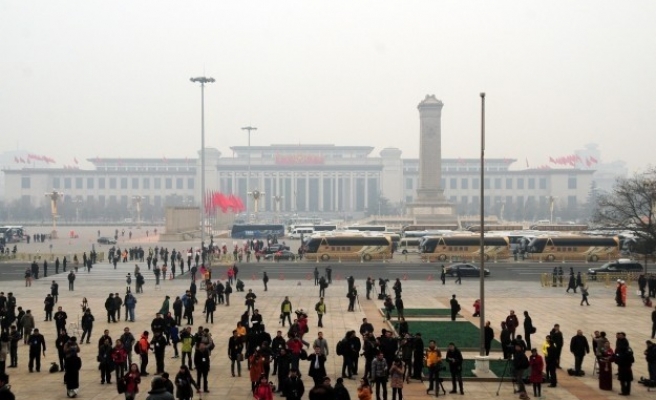 Western countries are stoking extremism in the Middle East with their support for anti-government opposition movements, China's top newspaper said on Thursday, repeating a call for non-interference in the region's turmoil.

China has expressed concern about the rise of ISIL in countries like Syria and Iraq, but it has also condemned efforts by Western nations to arm certain groups fighting against the Syrian government, and has shown no sign of wanting to join U.S. efforts to use military force against ISIL.

The People's Daily, the official paper of China's ruling Communist Party, said that moves by the West to support anti-government movements in the Middle East were having the opposite effect.

"The facts prove that by letting militants pass unchecked into Syria to join battle has caused the expansion of the extremist group ISIL," the newspaper wrote in a commentary.

"This is a classic case of how rearing a tiger will court calamity," it added. "The entry of major powers must avoid by all means adding to the chaos."

The United States needed to understand that the enemy of your enemy was still your enemy, the newspaper added.

The piece was published under the pen name "Zhong Sheng", meaning "Voice of China", often used to give views on foreign policy.

However, the international community could not just sit by and watch as ISIL grew. It needed to play a constructive role and follow the rules of the United Nations charter, the commentary said.