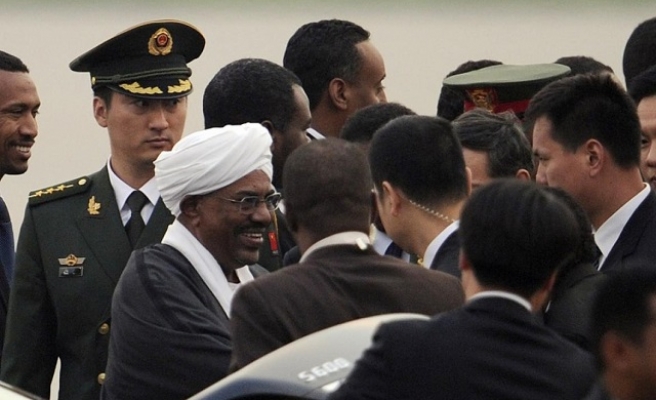 Chinese President Xi Jinping on Tuesday welcomed Sudanese President Omar al-Bashir -- who has been indicted for war crimes by the International Criminal Court -- as an "old friend of the Chinese people".

Bashir is one of the foreign heads of state attending a major military parade on Thursday to mark the 70th anniversary of Japan's surrender in World War II, although major western leaders have shunned the event.

"You are an old friend of the Chinese people," Xi said after shaking hands with Bashir and a procession of Sudanese government officials accompanying him.

He stressed that China has long been the African country's biggest trade partner and largest investor.

"China and Sudan are like two brothers that are also good friends and partners," Xi said. "Mr Bashir coming to China shows our partnership is strong.

"China extends our traditional friendship to you and we will move our relationship forward and it will continue to develop."

The International Criminal Court (ICC) indicted Bashir over war crimes and crimes against humanity in 2009 and on genocide charges in 2010, all relating to the conflict in Sudan's Darfur region.

He has since regularly travelled to Sudan's neighbours but rarely makes long-distance trips that could see him exposed to possible arrest.

Bashir expressed thanks to Xi for inviting him.

"For Sudan and China, cooperation in politics, economics and culture and many more fields have all had good results," he said.

The US expressed concern on Monday over Bashir's trip to China, with State Department spokesman Mark Toner saying: "We oppose invitations, facilitation or support for travel by persons subject to outstanding ICC warrants."

Bashir last travelled to China, which has significant interests in Sudan's oil sector and supports his government, in 2011.

The Darfur conflict erupted in 2003 when ethnic insurgents rebelled against the Arab-dominated Khartoum government, complaining of marginalisation.

It has left 300,000 dead and some 2.5 million displaced, according to UN figures, and Bashir's forces have been accused of large-scale atrocities against civilians.

China says it has a policy of non-interference in other countries' domestic affairs, and it has often built up close relations with governments ostracised by others on grounds such as human rights.

China and Sudan signed two agreements on Tuesday. One was a joint statement on building a strategic partnership signed by Xi and Bashir, with the second covering cooperation in space flight technology.