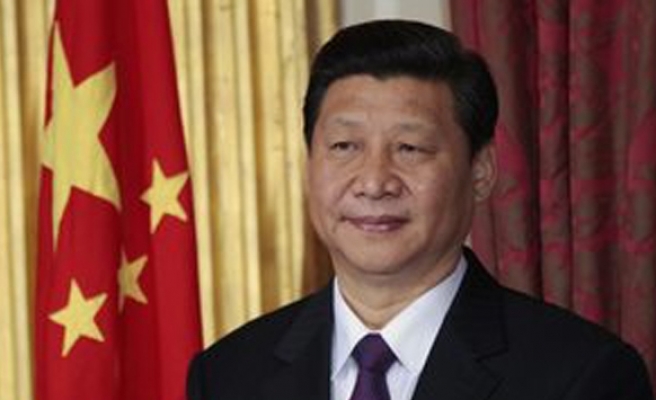 Taiwan and China have been at odds since the end of China's civil war when the Kuomintang fled to the island leaving the Communists running the mainland. But business ties across the Taiwan Straits have increased since China-friendly Ma Ying-jeou took power in 2008.

Xi hoped the two sides could work together to create a favourable situation for peaceful cross-strait relations and work against the common political basis for Taiwan independence, Xinhua quoted him as saying.

The two sides have always agreed upon "one China," which refers to the idea that there is only one state called China, even though there are two governments, one on the mainland and one in Taiwan. And Beijing would rather see the Kuomintang ruling the U.S-allied island than the pro-independence opposition party.

Chu, the only candidate, won almost all the 196,830 votes cast in the chairmanship vote, the Kuomintang said in a statement, without elaborating.

He inherits an unpopular party seen as favouring big business and the mainland at a time of growing scepticism about ties with Beijing. He will have to win back domestic support but also avoid alarming Beijing's leaders and damage burgeoning commercial ties.

He needs to improve the Kuomintang's image and convince young and middle-class voters in Taiwan that cross-strait ties do not just benefit the wealthy. If not, the party's candidate for the presidency, which could be Chu, could face defeat in an election next year when President Ma Ying-jeou steps down.

Taiwan's opposition Democratic Progressive Party urged Chu to push for reform of his party, the DPP said in a statement.

Chu, quoted by Xinhua, said he looked forward to creating a favourable climate for the future development of cross-strait relations.