Says Beijing will 'resolutely contain secessionist activities’, as president elect from Taiwanese party known for pro-independence stance is due to take office 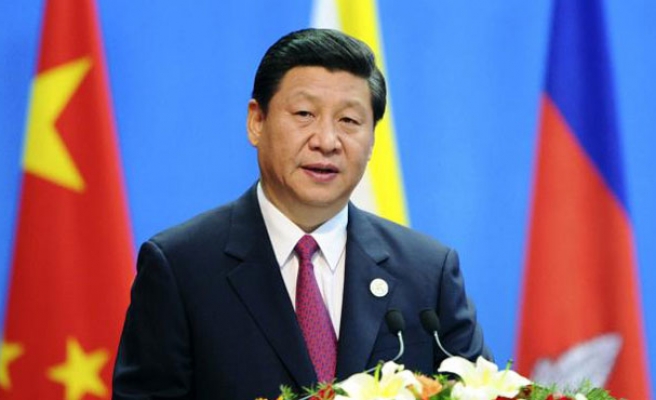 China’s president has warned against "Taiwan independence" and vowed never to allow “the historical tragedy of national secession” to recur, according to state media Sunday.

Stressing the need to safeguard China’s sovereignty and territorial integrity, he said that Beijing’s policy toward Taiwan “has been consistent and clear and will not change because of political changes in Taiwan."

Since Chinese nationalist leaders fled to Taiwan in 1949 after a brutal civil war with Mao Zedong's Communists, China has seen the region as a breakaway province that will eventually return.

Xi’s comments come as Taiwan is set to swear in its first female president, Tsai Ing-wen, after the Democratic Progressive Party (DPP) – which has traditionally taken a pro-independence stance in its relations with Beijing – won the general election in January.

The Jan. 16 also saw the former opposition party secure its first ever majority in the island’s legislature.

Xi underlined Saturday that when it comes to cross-Strait relations, Beijing would continue to “adhere to the 1992 Consensus as a political foundation” to advance the peaceful development of ties, Xinhua news agency reported.

The 1992 Consensus had been reached following talks that year between Taiwan and the mainland, although the agreement – and the "one China" principle it entails – is not recognized by some parties and figures in Taiwan.

"Compatriots across the Straits are very expectant about the peaceful development of cross-Straits ties, and we should not let them down," Xi stressed.

Whereas the DPP – whose chairwoman is set to assume presidential office in May – has not historically recognized the "one China" policy, the outgoing government of the Kuomintang party had overseen an improvement in ties.