Eight employees of Chinese newspaper and two PR firms accused of demanding money to run, or not to run, stories. 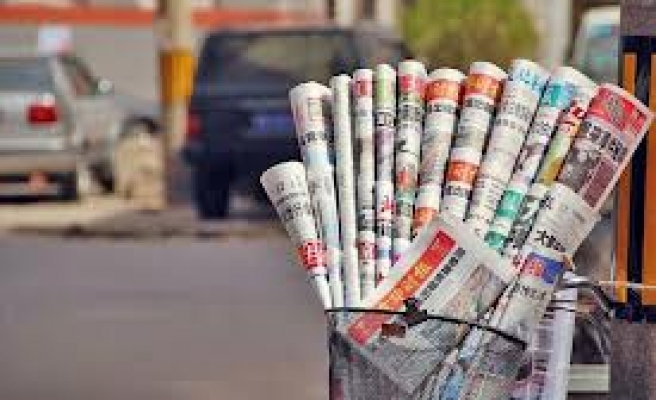 Chinese police have arrested eight people, including several editorial staff from a prominent financial newspaper, on suspicion of extorting money from businesses, the official Xinhua news agency said on Thursday.

Employees of two local public relations firms were among the eight people being investigated by Shanghai police, it added.

The probe into the 21st Century Business Herald newspaper is one of the biggest into the local media since President Xi Jinping launched a sweeping crackdown on corruption when he took over the ruling Communist Party in late 2012.

Experts have long said that corruption was rife within Chinese media, with poorly paid journalists often susceptible to bribery.

Police had taken "criminal coercive measures against the eight suspects" in line with the law, Xinhua cited the Public Security Bureau in Shanghai as saying. The eight were identified only by their surnames.

An official at the Shanghai office of the 21st Century Business Herald declined to comment. The newspaper is widely considered an influential business daily but it is not run by the government. The PR companies are Roya Investment Services Ltd and Nukirin. They could not be reached for comment.

Xinhua said the editor-in-chief of the newspaper's website, surnamed Liu, its deputy editor, surnamed Zhou, and other editorial and operations staff had colluded with the two PR firms in Shanghai and the southern city of Shenzhen to target companies that were about to be publicly listed or restructured to "carry out illegal activities".

Citing a police investigation that started last year, Xinhua said: "After accepting high fees from the businesses who were willing to engage in 'positive propaganda', the suspects would exaggerate positive facts or conceal negative issues."

If companies did not cooperate, the newspaper would "release negative reports maliciously attacking them" and "blackmail" them into signing advertising or cooperation deals, Xinhua said.

Jiao Guobiao, a former journalism professor who was forced out of his job in 2005 after denouncing China's propaganda controls on the Internet, said the investigation could signal a wider probe into the media.

"The Chinese media is inflicted with a very heavy disease," Jiao said, adding that extortion is "a common phenomenon" among news outfits.

A reporter for the Guangzhou-based New Express tabloid was arrested last October after confessing on state television to accepting bribes for fabricating more than a dozen stories about Changsha-based Zoomlion Heavy Industry Science and Technology Co Ltd.

The reporter wrote that Zoomlion had engaged in sales fraud and exaggerated its profits, accusations strongly denied by the state-owned construction equipment maker.