China's Ministry of Foreign Affairs said on Monday that Uighur separatist groups had sent members abroad to work with militants. 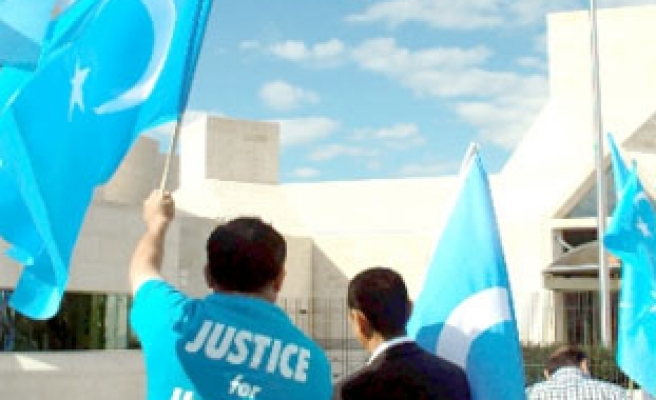 Chinese state media has resorted to accusing Uighurs from the western region of East Turkestan with the ISIL, an militant group which has seized large parts of Syria and Iraq.

Reports on Monday stated that separatists had fled from the country to get "terrorist training" from ISIL fighters for attacks at home.

The report was the first time state-run media had linked people from East Turkestan, home to ethnic minority Uighur Muslims, to the ISIL.

China's government has blamed a surge of violence over the past year on Uighur "separatists" from East Turkestan, which China refers to as the autonomous region of Xinjiang.

"They not only want to get training in terrorist techniques, but also to expand their connections in international terrorist organizations through actual combat to gain support for escalation of terrorist activities in China," the Global Times cited an unidentified Chinese "anti-terrorism worker" as saying.

In the latest violence in the region, which borders central Asia, state media said two people were killed and several injured in at least three explosions on Sunday.

The Global Times, which is run by the Communist Party mouthpiece, the People's Daily, said "separatists from East Turkestan had recently been involved in ISIL activities in Syria and Iraq as well as with IS "branches" in Southeast Asia."

The newspaper said in the report on its website that four suspected fighters from East Turkestan were arrested in Indonesia this month. Indonesian police said last week four foreigners were being questioned but did not identify them.

The four fled to Cambodia from China, and then went to Thailand where they obtained fake Turkish passports, before flying to Indonesia through Malaysia, the newspaper said.

Indonesia has raised concern about a possible spillover of IS support after revelations that Indonesian citizens had travelled to Syria and Iraq to join fighters there.

"Terrorists, separatists and extremists" from East Turkestan have often slipped abroad through mountainous provinces in southern China with porous border areas, because border control in East Turkestan was strict, the newspaper said.

"Their ultimate goal is still to fight back into China," Pan Zhiping, a former head of Central Asia studies at East Turkestan's Academy of Social Science, told the Global Times.

The Ministry of Foreign Affairs also said on Monday that Uighur groups had sent members abroad to work with militants.

Hu said she could not provide specific details on the content of the Global Times article.

Those accusations are likely to lend urgency to a nationwide "anti-terrorism" operation that President Xi Jinping's administration has launched following attacks that Beijing.