China now accounts for a fifth of the world population, while holding nearly 10 per cent of the global wealth. 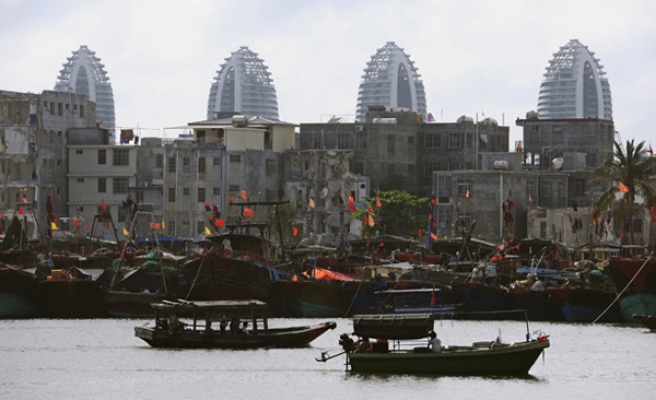 Asia will be the scene for the greatest expansion of the world's middle class, it predicted.

The Swiss bank said with 109 million adults "this year, the Chinese middle class for the first time outnumbered" that in the United States at 92 million.

While the number of middle class worldwide grew last year at a slower pace than the wealthy, it "will continue to expand in emerging economies overall, with a lion's share of that growth to occur in Asia," Credit Suisse chief executive Tidjane Thiam said in a statement accompanying the bank's annual Global Wealth Report.

"As a result, we will see changing consumption patterns as well as societal changes as, historically, the middle class has acted as an agent of stability and prosperity," he added.

The report used a floor for the middle class as having wealth double the annual medium income for their country.

While wealth may still be mostly concentrated in Europe and the United States, Thiam said "the growth of wealth in emerging markets has been most impressive, including a five-fold rise in China since the beginning of the century."

China now accounts for a fifth of the world population, while holding nearly 10 per cent of the global wealth.

Overall, the report found that global wealth fell by nearly five per cent in the year to mid-2015 to US$250 trillion due to a strengthening of the US dollar in which income is compared.

However if currency effects are stipped out, wealth continued to expand at the trend rate since the beginning of the century.