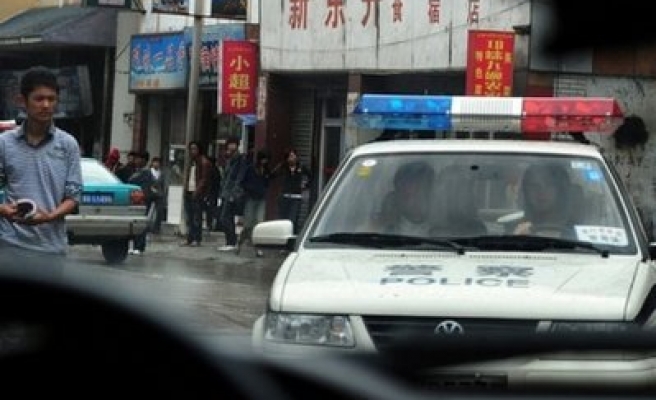 The man, named as Babo, led a group of villagers who attacked police with knives, clubs and stones in Jiaxu village in a heavily Tibetan part of Sichuan province in a dispute about mining, the report said.

Babo "was later fatally wounded by a stray bullet when police fired warning shots with an anti-riot shotgun", it added.

"Police had to fire warning shots to stop the dispute and found later Babo had been accidentally wounded. Babo was rushed to hospital but died on Aug. 16," Xinhua said, citing a local government spokesman.

Four police were also seriously injured, and 35 villagers were arrested for the attack, it said.

Xinhua said the protest was sparked after police detained a businessman from the Sichuan city of Mianyang "for illegally exploiting gold mines with some villagers in Jiaxu village and damaging the grassland in the county".

More than 30 villagers then sped on motorbikes to the police station to demand Fu's release, it added.

The incident happened on Aug. 15, Xinhua said. It did not explain why it was only reporting it now.

Many Tibetans chafe under Beijing's rule.

At least 19 people died in the unrest, which sparked waves of protest across Tibetan areas ahead of the Beijing Olympics.