Chinese police detain an Uyghur web editor who received a scholarship to study anthropology at Istanbul University while he was traveling to Turkey. 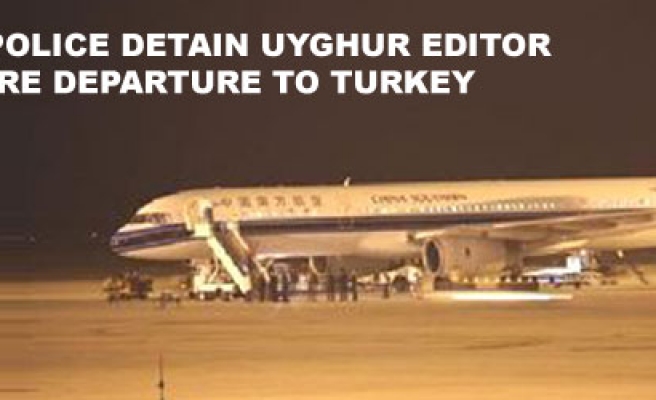 Authorities in China’s capital detained an editor of a well-known Uyghur website over the weekend on charges of “attempting to escape the country” before releasing him following pressure from a number of prominent activists.

Perhat Halmurat, an editor for Uyghur Online, was taken into custody at Beijing International Airport around midnight on Sept. 28, minutes before his scheduled departure to Turkey, he told RFA’s Uyghur Service following his release.

He had received a scholarship for anthropology at Istanbul University and was traveling to Turkey to pursue his studies.

The Uyghur Online website is run by university professor Ilham Tohti, a vocal critic of the Chinese government’s treatment of Uyghurs, whose homeland is in China's northwestern East Turkistan and who complain of discrimination by the authorities and the country’s majority Han Chinese.

Perhat Halmurat, who is ethnically Uyghur, said that authorities never explained to him why he had been taken into custody where he was held for 16 hours, but that the documents he was given on his release stated that he was “attempting to escape overseas.”

“When I was arrested I told them that I did not break any law and was innocent,” he said.

“The police didn’t say anything about what law I broke, nor did they explain why I was being arrested. There was no official seal on the warrant, which only stated in the reason section ‘attempted to escape the country.’ I oppose the allegations.”

He said that only through the intervention of a number of prominent activists—including Ilham Tohti, activist artist Ai Weiwei and rights lawyer Wang Lixiong—was he released.

“When the police took me in, I informed Ilham Tohti through my girlfriend. Later, Ilham Tohti contacted Ai Weiwei, Wang Lixiong and other human rights lawyers,” he said.

“With their help I was released after 16 hours. I express my gratitude to those who worked on behalf of my release.”