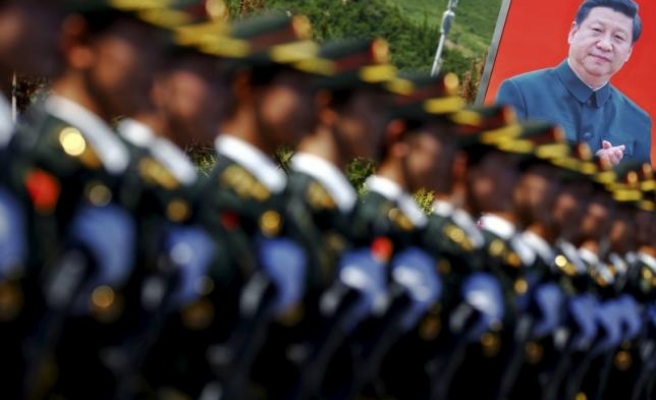 The official reorganization of China's military will enhance both its ability to win wars and the Communist Party's control over it, state-run media said Tuesday.

The reforms put the new commands under the direct control of the ruling party's Central Military Commission (CMC).

The People's Liberation Army (PLA) is technically the armed force of the Communist Party, rather than the Chinese state.

Beijing has been building up its military for years, with regular double-digit increases in its official budget, as it pursues a more assertive stance towards neighbour Japan and in the South China Sea.

The latest changes are intended to help the country's armed forces become "prepared for combat and winning wars", said an editorial in the Global Times, a paper with close ties to the ruling Party.

"The more powerful the PLA grows and the more capable it is of engaging in a war, the country will embrace a peaceful rise all the more", it said.

"Otherwise the outside world will only consider that peace is... our compulsory choice", it added.

In a speech marking the occasion, Xi called on the military to "strictly obey political discipline and rules, and carry out their orders and instructions to the letter", said the People's Daily, the Communist Party's mouthpiece.

Xi, who is chief of the Communist Party and also head of the military, has taken his anti-corruption campaign to the military's highest levels, prosecuting a number of generals, including Xu Caihou and Guo Boxiong, both formerly second in command of the CMC, for graft.

Most of the heads of the new theatre commands were previously commanders of one of the seven regions, but a military analyst quoted by the Global Times said the reshuffle will "strengthen the authority of the CMC's leadership by preventing cliques within the armed forces".

While the changes are intended to tighten party control over the country's military, they also come as China makes efforts to modernise and streamline its armed forces, which have suffered from bloat as well as widespread corruption.

At the same time, the country has made a strong push to increase its military muscle, investing in an expanded fleet of submarines and its first indigenous aircraft carrier, as it seeks to build a navy capable of projecting power abroad.

The reforms have also included the establishment of a new PLA Rocket Force to oversee China's arsenal of strategic missiles, and an army general command headquarters for land forces.