Turkish people will always have a place in my heart, says Li Ruilian 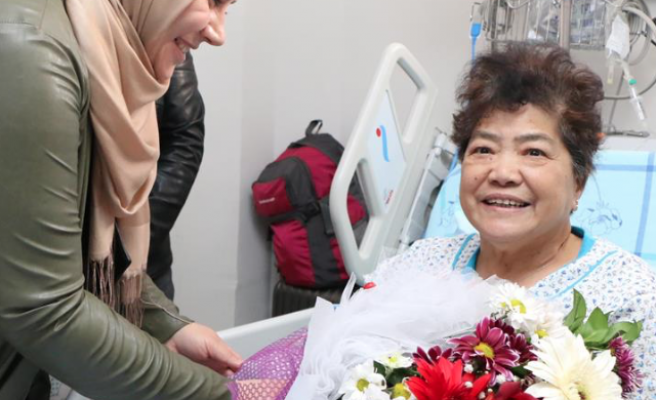 A 75-year-old Chinese woman thanked the Turkish people for helping her recovery from a heart attack she suffered, during a recent visit to tourist destination Cappadocia.

Li Ruilian, suffered a heart attack on Nov. 11 and was taken to Education and Research Hospital in central Aksaray province, where she spent nine days.

The diabetic patient had a successful surgery to open up a blocked blood vessel and a stent was placed.

After discharge from the hospital, she was sent to a hotel where a Chinese nurse accompanied her.

She was transported to Ankara Esenboga Airport, which is 250 kilometers (155 miles) away, by a private vehicle allocated by the municipality.

Li wrote a letter of thanks to Aksaray Mayor Haluk Sahin Yazgi.

The doctors, nurses and authorities never left me alone since I came to the hospital, Li told Anadolu Agency.

She added that she would never forget the hospitality she was shown in Turkey.

“I didn’t think I would be given so much care. The Turkish people and nurses in the hospital treated me with kindness,” she said, adding that the mayor also paid her a visit.

“The Turkish people will always have a place in my heart,” she said, adding that she will narrate stories of the Turkish hospitality she witnessed to people back home.

Yazgi expressed his happiness for Ruilian’s recovery and invited her to visit Cappadocia and Ihlara Valley, once she completely recovers.