At least twenty  universities have established research institutes for Xi's ideology, which was enshrined in the Communist Party's constitution during its 19th national congress this month. 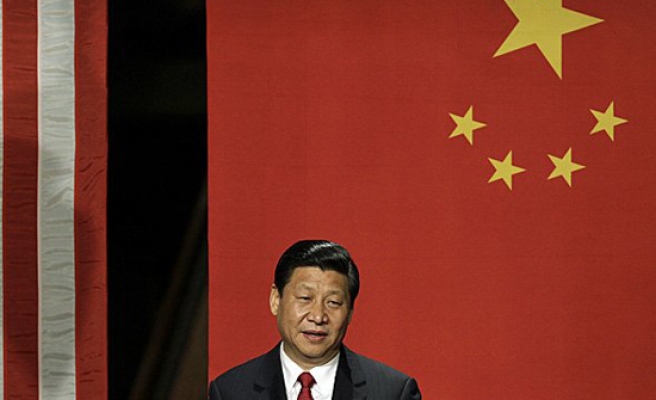 Xi Jinping Thought will now be taught, researched and promoted in universities across China, ensuring that the leader's eponymous philosophy is implanted into students' hearts and minds.

The distinction places Xi on a par with Mao Zedong and Deng Xiaoping. It means that his dogma -- "Xi Jinping Thought on Socialism with Chinese Characteristics for a New Era" -- will become a mantra for a new generation.

According to media reports Sunday, the research institutes will not "hide in the ivory tower" but advocate the incorporation of Xi thought in all aspects of daily life.

"We will gather many experts and professors to disseminate and preach Xi Jinping Thought on Socialism with Chinese Characteristics for a New Era in businesses, neighbourhoods and villages," Jiang Hongxin, head of Hunan Normal University's newly-founded Xi Thought research centre, told the People's Daily, the party mouthpiece.

Jiang's attitude mirrors that of many institute directors, who in interviews with Chinese media over the weekend espoused a deep devotion to spreading Xi-isms.

"The (research) centre has a unique duty, which is to push forward Xi Jinping Thought on Socialism with Chinese Characteristics for a New Era in curriculums, in classrooms and in minds," Chen Xianda, a professor at Renmin University of China, told the Beijing-based Guangming Daily.

One institute director said the centre was the school's way of "answering Xi's call" to educate young people, while another said the Xi Thought organisation would "guide the entire school, from top to bottom, in implementing the spirit of the 19th congress".

"We must always keep in mind the generosity of General Secretary Xi Jinping," Zhou Qihong, a party secretary at Wuhan Donghu University, told the People's Daily.

The lessons must "enter brains and hearts", he said.