South Korea permits a Christmas tree-style tower near the border in move North condemns as propaganda. 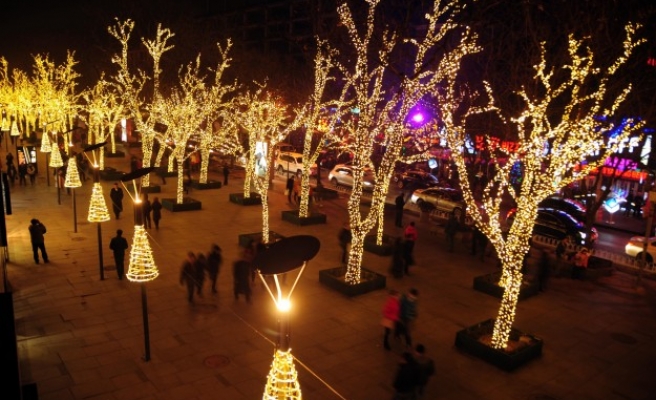 A South Korean Christian group has been given permission to build and illuminate a Christmas tree-like tower near the North-South border, the defense ministry in Seoul said Tuesday, in spite of North Korea’s protests that the ‘tree’ is a propaganda tool.

An 18-meter high triangular tower was first erected in 1971 but dismantled in October over safety fears. Seoul denied caving in to pressure from the North amid claims the dismantling of the structure was an attempt to improve relations.

North Korea had vowed to destroy the tower, which was topped with a crucifix, and last month warned that constructing a new structure would raise cross-border tensions and provoke armed conflict.

Religious activity is highly restricted in the North and Christian missionaries are routinely sentenced to years of hard labor.

South Korea's defense ministry has now given approval to the Christian Council of Korea to build and light a new 9-meter tower. It will be lit for two weeks beginning Dec. 23 and aims to promote peace, the council said.

“The ministry accepted the request as their move was for inter-Korean peace and to guarantee their religious freedom,” defense ministry spokesperson Kim Min-seok told reporters Tuesday.

The site – at Aegibong Peak, a 165-meter hill about 2 miles (3 kilometers) from the western border – is visible from the North and is popular with tourists in the South wanting to gaze across the heavily militarized border into the world’s most secretive country.

The construction comes at a time of bumpy relations between the two Koreas. A series of breakthrough high-level talks took place at the start of October but were cancelled and followed by border incidents involving artillery and small arms fire.

North Korea has also expressed its anger over increasing global pressure on its human rights record, including from the South.