Pakistani Taliban and tribal sources said they believed Badruddin was killed in the drone attack. 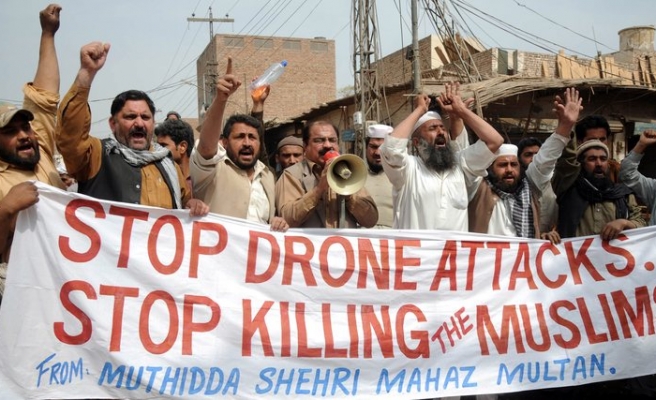 A CIA drone strike in Pakistan may have killed the operational commander of the Haqqani network, the insurgent group accused of being behind some of the most high-profile attacks on Western targets in occupied Afghanistan, Pakistani intelligence officials and militant sources said On Saturday.

The officials said Badruddin Haqqani, who is also believed to handle the network's vital business interests and smuggling operations, may have been killed during a drone strike this week in Pakistan's tribal North Waziristan region.

"Our informers have told us that he has been killed in the drone attack on the 21st but we cannot confirm it," said one of the Pakistani intelligence officials.

"We are 90 percent sure that he was in the same house which was attacked with a drone on Tuesday," said another Pakistani intelligence official.

"The drone fired two missiles on the house last Tuesday and killed 25 people, most of them members of the Haqqani family," one of the sources said.

Pakistani Taliban and tribal sources said they believed Badruddin was killed in the drone attack.

One of Badruddin's relatives said he was alive and busy with his "jihad activities".

"Such claims are baseless," he told Reuters.