The number of civilians killed or wounded in fighting in Afghanistan climbed by 22 percent in 2014 to reach the highest level in five years. 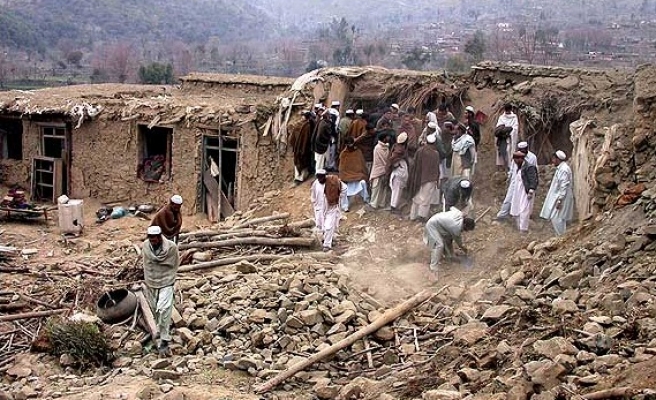 Battles between the Taliban and government forces were responsible for the most Afghan civilian casualties in 2014, the war's deadliest year, surpassing roadside bombs as the leading killer for the first time, the United Nations said on Wednesday.

A total of 3,699 Afghan civilians were killed and 6,849 wounded in the war last year, as fighting intensified in tandem with the sharp drawdown of U.S. and allied foreign troops who formally ended their combat role in December after 13 years.

The 22 percent rise in civilian deaths and injuries - the highest total since the U.N. began keeping records in 2009 - came despite U.S. generals' assessment that the newly trained Afghan army and police are winning the war.

Assassinations by the Taliban and their allies made up 11 percent of the overall toll, and insurgent suicide attacks accounted for 15 percent. Explosives left on battlefields caused 4 percent of casualties and the rest were classified as "other".

The United Nations recorded 511 civilian deaths in December alone as the Taliban, who were ousted from power by a U.S.-led coalition in 2001, launched waves of attacks to coincide with the official end of the NATO-led combat mission.

The report attributed 72 percent of all civilian deaths and injuries last year to the Taliban and their allies, who seek to re-establish radical Islamic rule.

Government forces were responsible for 14 percent of casualties, international forces' air strikes accounted for 2 percent and the fault could not be determined in 10 percent of cases.

The Taliban have in the past strenuously denied being responsible for the vast majority of civilian deaths, calling the United Nations biased.

Since 2001, nearly 3,500 foreign soldiers from 29 countries have been killed in Afghanistan, including about 2,200 Americans. Reliable insurgent casualty numbers are not available.