At least 50 people were killed, 54 others injured after four separate explosions in China's East Turkestan region. 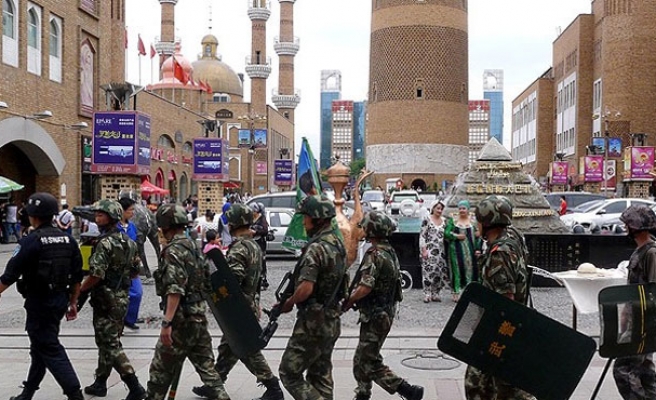 Chinese state news agency Xinhua reported that 40 “rioters,” six other civilians and four security officers lost their lives after explosions Sunday at two police stations, a shop and a marketplace.

According to Xinhua, another 54 civilians were injured in the explosions, including 32 Uighurs -- a Turkic-speaking Muslim ethnic minority group, many of whom are agitating for independence and have accused the Chinese government of human rights violations and discrimination.

According to state media, the "rioters" blew themselves up or were shot by police. Among those shot was Mehmet Dursun, who was allegedly the main person responsible for the attack.

Last May, China launched a yearlong "anti-terrorism" campaign -- focusing on East Turkestan -- which will be in effect until June 2015.

On Tuesday, a court in China sentenced Uighur academic Ilham Tohti to life imprisonment after he was accused of promoting separatism in East Turkestan.