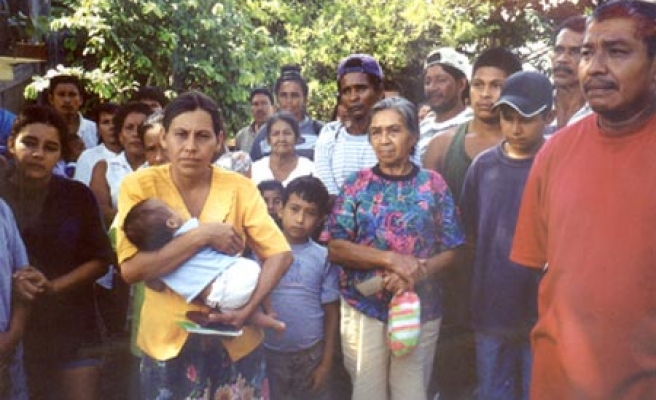 Hundreds of thousands of people displaced from their land during five decades of war could lose out unless Colombia returns the property fairly and jails those responsible for driving families away from their homes, an Amnesty International official said.

Nearly 6 million people have been displaced by right-wing paramilitary groups and Marxist rebels since the conflict began in 1964. Those who owned their land are eligible to get it back under a three-year-old restitution law.

However, problems ranging from bureaucracy to intimidation against people hoping to wrest property back under the Victims and Land Restitution Law might deprive the displaced of justice and a fresh start, the human rights group's Esteban Beltran said on Wednesday.

"A law that was very important and positive when it passed is now running the risk of failing," Beltran said in an interview during a visit to Bogota to promote Amnesty's two-year investigation into land returns.

Fewer than 3,000 people have returned to their properties and only 800 perpetrators have been prosecuted under the 2011 law, Beltran said, adding that threats of violence against the displaced are common.

Some 35 murders against claimants are being investigated across the country. The government estimates 8 million hectares have been stolen.

The government must fix the problems urgently, Beltran said, because the law only allows land reclamation for another seven years.

The group has complied 40 recommendations and Beltran is meeting officials at various government agencies to discuss them.

Many claimants do not have deeds and cannot prove ownership. Others, living in poverty, cannot afford to take time away from work to complete the process.

Some plots were bought by corporations, many of them involved in mining or agriculture, in what the businesses say they thought were legal purchases.

"Colombian and foreign businesses cannot benefit from a process where they have illegally acquired land," Beltran said.

Other properties are inaccessible because they are in zones deemed too unsafe for former residents to return.

"Millions of persons will be limbo about their right to truth, justice, reparations and without land on which to start a new life," Beltran said.

The government and leftist FARC rebels have reached a partial agreement on land reform at peace talks in Havana.