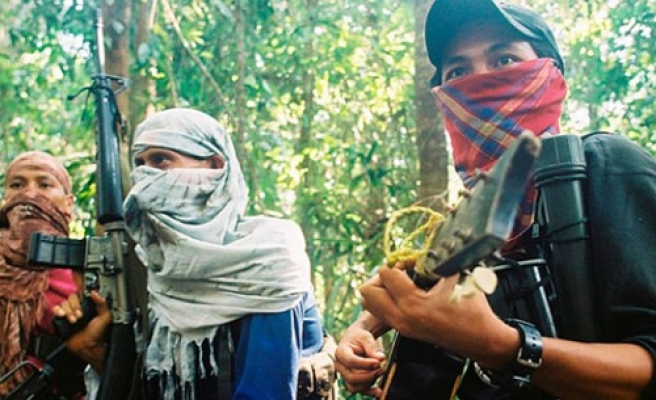 A communist rebel group has claimed responsibility for the murder of a mayor -- and former member -- and his son after they were found dead in the Philippine south, local media reported Sunday.

Rigoberto Sanchez, spokesperson for the New People’s Army (NPA) -- the armed wing of the Communist Party of the Philippines (CPP) -- claimed to have personally issued the order for the killing of Loreto Mayor Dario Otaza and his son, Daryl.

“This is to give justice to the thousands of indigenous peoples and peasants terrorized by their tyranny in Loreto and surrounding municipalities in Agusan del Sur [province],” Sanchez said in a press statement released Saturday.

On Monday, men claiming to be government agents overpowered the Otazas' four-man security team and abducted them from their home in the village of Baan Riverside in northern Mindanao island.

The next morning, their bodies were found hogtied with multiple bullet wounds in a rural area to the south.

Sanchez said his group had imposed the “maximum sentence of death” on the Otazas, whom he described as “Bagani paramilitary leaders” -- a reference to a counter-guerrilla force that has been deployed against the NPA.

He claimed the Otazas were guilty of “committing acts constituting war crimes, crimes against humanity and other violations of human rights and international humanitarian law," citing a long list of alleged specific offences including murder, torture, arson and destroying the environment.

Otaza had been working to end the insurgency in Loreto -- an NPA stronghold -- ever since he left the insurgent group following the end of Martial Law in 1986.

He had partnered with the government, championing programs to support former rebels' transition to civilian life.

A member of the Manobo indigenous group, he later took a role in the government’s Service Caravan, which aims at extending basic government services to indigenous peoples.

Sanchez, however, accused the Otazas of “espionage, murder and gross violations of international humanitarian law” in a case where two intelligence operatives allegedly infiltrated NPA units in Loreto in 2009, “bearing poisoned food which rendered NPA troops unconscious and defenseless.”

He also alleged that the mayor had been “complicit in the sale of more than 30,000 hectares of land in Loreto to a foreign [palm oil] plantation company.”

On Tuesday, retired military chief of staff Emmanuel Bautista condemned the murder of the Otazas, saying Dario was an important advocate for indigenous peoples and had been instrumental in the surrender of 154 NPA rebels in May.

“We grieve with his family, the people of Loreto, the Manobos and other indigenous peoples, and the entire Filipino public," he said. "Rest assured that our law enforcement personnel will exert every effort to bring the perpetrators of this grisly, cowardly crime to justice.”

Dario Otaza, he underlined, “was a staunch partner of peace in Agusan del Sur.”

However, government negotiators have said they are coordinating with Norway to determine how negotiations with the group can move forward.