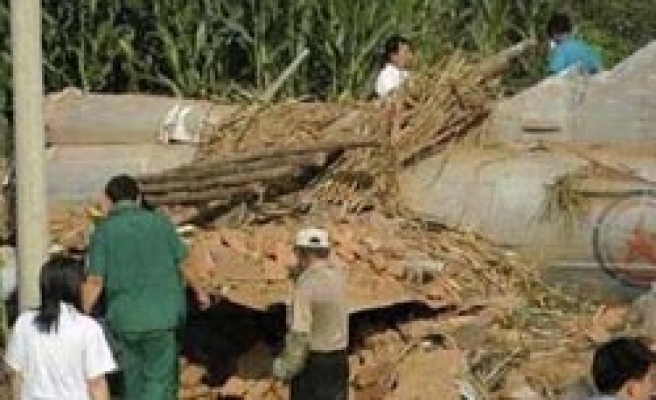 The aircraft came down in Liaoning province on Tuesday, prompting reports by South Korea's Yonhap news agency and Chinese Internet speculation that it was a North Korean military aircraft flown by a pilot trying to flee the poor and isolated country.

The plane crashed into a hut near Fushun, a city in the northeastern province which borders North Korea, but no residents were killed or hurt, Xinhua said. The pilot was killed.

After a probe by relevant departments, it was found that the aircraft had an unspecified mechanical problem, "lost its way (and) crashed after straying into China", Xinhua said.

"The North Korean side has offered an apology to China about this incident," the brief report said, adding that both countries had "reached consensus on coping with the aftermath".

It did not elaborate.

China is a neighbour and close supporter of North Korea, which depends on Beijing for food and energy aid.