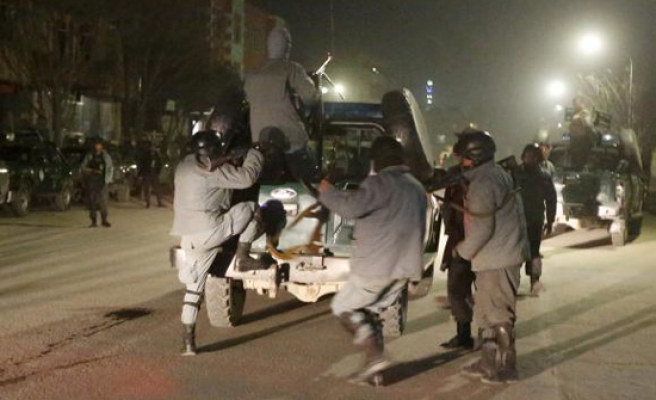 Kabul resident Ezatullah Khan had to rush his ailing mother to Pakistan as a crippling winter electricity outage in the Afghan capital combined with smoke from coal and wood-fired heaters to make breathing impossible for the chronic obstructive pulmonary disease or COPD patient.

The Afghan capital has been plunged into severe electricity shortages this winter, inflicting power failures for more than 12 hours daily.

It has paralyzed the commercial, industrial and routine life of so many Afghans converging in Kabul from various restive corners of the country, especially the ill and elderly.

“The blood pressure of my mother was hitting dangerously high levels every other day because she was finding it hard to breathe, especially in the evening when there is no electricity to switch on the air conditioners, and the whole city is filled with smoke of coal and wood-fired heaters”, Khan told Anadolu Agency.

The city is littered by dark smoke when the sun sets and residents start burning wood, coal and even garbage to keep themselves warm.

Not many Afghans residing in the capital have the liberty to bear the financial and other costs to travel out or come-up with other costly solutions on their own to generate power and overcome the issues created by the shortage of electricity.

The government is simply blaming the steadily rising demand and supply gap for the situation.

“Kabul these days is no longer the city that it was a couple of years ago. It has developed enormously. Our clients, many of them comprised of hundreds of individual electricity users, have reached 541,000”, he said.

According to the DABS official, public hospitals along with industrial sites remain the top priority for them.

Non-payment of bills is adding to the problem.