More nations delayed their teams' arrivals for the Commonwealth Games in India as organisers raced against time to address security and health concerns. 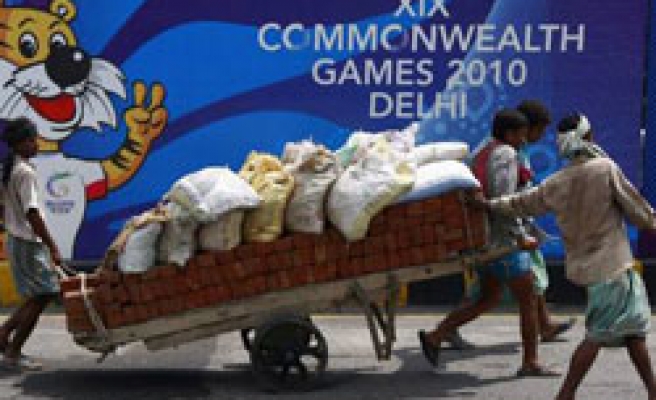 More nations delayed their teams' arrivals for the Commonwealth Games in India as organisers raced against time to address security and health concerns that have already led several top athletes to pull out.

New Zealand joined Canada and Scotland in delaying its arrival in New Delhi due to poor accommodation for athletes, compounded by heavy monsoon rains and a dengue epidemic.

Australian Prime Minister Julia Gillard highlighted security fears surrounding the Games and said athletes should decide for themselves whether or not to attend. Two foreign visitors were shot and wounded by gunmen in the city on Sunday.

"There is obviously widespread concern about the Commonwealth Games," Gillard told reporters in Canberra.

Commonwealth Games Federation president Michael Fennell has asked for an emergency meeting, expected this evening, with Prime Minister Manmohan Singh to evaluate the Games in what is being seen as last ditch attempt to avoid national withdrawals.

The Games, held every four years, are estimated to have cost $3-6 billion. India had hoped to use them to display its growing global economic and political clout, rivalling China.

Instead, they have snowballed into a major embarrassment for the government, having to fend off criticism of shoddy construction, inadequate security and unfit accommodation.

In a sign of desperation, the federal government ordered the organising committee to hand over management of the Games Village, which will house 6,500 athletes, to the government.

In contrast, preparations for the Asian Games in China in November are on track, with organisers in Guangzhou handing the athletes' village over to the Asian Games authorities for sign-off earlier this week.

Many sporting events have suffered glitches in the run-up to the opening ceremony, such as the 2004 Athens Olympics, and some infrastructure projects, like a new metro and international airport in Delhi, are widely praised. But polls in the Times of India and Hindustan Times newspapers showed that a vast majority of Indians were ashamed by the state of the Games.

Leading personalities have also criticised the government and labelled organisers "buffoons" who had sullied India's image abroad as the country gains respectability on the world stage.

Singh has been accused of being out-of-touch and failing to recognise that events like the Games carry huge international prestige. Much of the Congress-led government remains focused on its rural vote, which has little interest in the Games.

"I genuinely feel sorry for what has happened and would like to apologise not only on my behalf and on behalf of the organising committee, but for everyone connected," A.K. Mattoo, Organising Committee Secretary General, told NDTV broadcaster.

"This is a collective failure," Mattoo said, in a rare admission of failure by the organisers.

The government and organisers have promised a prompt clean up. Teams start arriving this weekend for the Oct. 3 official start and so far no one has said the Games will be cancelled or delayed.

World discus champion Dani Samuels of Australia has pulled out of the Games because of security and health concerns, as did England's world triple jump champion Phillips Idowu. Four other champions have quit due to various reasons, including injuries.

A dengue epidemic has spread through the Indian capital, sending thousands of people to hospital.

"They (athletes who compete in numerous competitions) may not be able to sustain their performance so they find out some reason or other why they are not participating, but these things happen in every game, every competition," Lalit Bhanot, secretary general of the Delhi organising committee, told CNN IBN.

Scotland and Canada had already announced they were delaying sending athletes to New Delhi and Wales said it had sought guarantees that venues and athletes' accommodation were safe.

Other nations have also threatened to stay home.

On Thursday, the New Zealand Olympic Committee (NZOC) told their athletes to delay their arrival until at least next Tuesday, just 5 days before the showpiece event is due to open.

New Zealand's lawn bowls, hockey and badminton teams, and officials from cycling and athletics, were all scheduled to begin arriving in Delhi from Saturday.

However, after an inspection by NZOC President Mike Stanley and Secretary General Barry Maister on Wednesday, they pushed back their arrival dates.

"It is tremendously disappointing," Stanley said in a statement. "The long list of outstanding issues has made it clear the village will now not be ready for New Zealand athletes to move in as planned."

Images of stray dogs, stagnant water, workers urinating in public, and human faeces found at the unfinished athletes' village in central Delhi have overshadowed the successes of the Games -- the main stadium and other sporting venues.

A portion of false ceiling in the weightlifting venue caved in on Wednesday, a day after the collapse of a footbridge by the main stadium, injuring 27 workers.

"People from my place are not coming here for the Games. It is for Delhi and the people here," said Mohammad Tahir, working at the stadium but from Azamgath in the poor Uttar Pradesh state.

The event has also been plagued by security concerns.

Two foreign tourists were shot and wounded at the weekend by unknown assailants in Delhi and Australian TV broadcast how a reporter bought bomb-making devices to smuggle through security points. Indian police have denied he ever crossed a checkpoint.