The major storm caught Queensland state almost unawares after it intensified in just a few hours before slamming into the coast midmorning as a category 5 system - the highest rating. 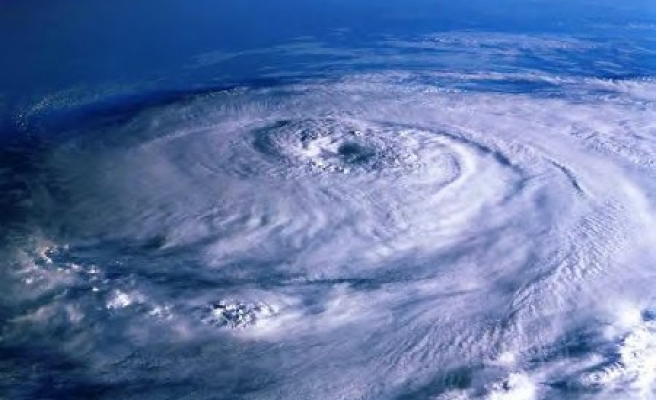 Tens of thousands of Australians hunkered down on Friday as a powerful cyclone crossed the northeast, damaging houses, bringing down trees, cutting power lines and causing flash flooding, while a second storm made landfall to the west.

The major storm caught Queensland state almost unawares after it intensified in just a few hours before slamming into the coast midmorning as a category 5 system - the highest rating.

Emergency services scrambled to evacuate thousands of homes in the direct path of Cyclone Marcia before pulling out and warning anyone who had not left to barricade themselves inside to avoid wind gusts peaking at 285 kph (177 mph).

Rail lines to coastal ports, an essential part of Queensland's A$280 billion ($218 billion) commodities export-driven economy, were brought to a standstill.

"Stay indoors, don't go outside," Queensland Premier Annastacia Palaszczuk told a news conference as the storm passed over the coastal town of Yeppoon, home to 16,000 people about 550 km (340 miles) north of the state capital, Brisbane.

She warned the 75,000 residents of Rockhampton, just south of Yeppoon, that Marcia still posed great danger even though it had weakened to a category 3 system: "The eye of the storm is heading directly towards you."

Meteorologists said the worst of the winds should ease by Friday afternoon local time but warned heavy rains and flooding were likely to continue for several days and extend inland.

More than 10 percent of Australia's sugar crop is at risk from Marcia, an industry body warned. The world's No. 3 exporter of raw sugar is set to produce 4.6 million tonnes of the commodity in 2015.

Marcia's forecast trajectory indicated the impact on coal mining was expected to be less severe than in 2011, whenQueensland missed its annual coal export target by 40 million tonnes after storms dumped unprecedented amounts of rain into coal pits.

Emergency services officials in the neighbouring Northern Territory were beginning to assess the damage caused by a second cyclone that hit the remote region earlier on Friday.

Cyclone Lam, a category 4 storm, made landfall in the early hours near the settlement of Ramingining, where residents were beginning to emerge to inspect the damage. Communications had been cut with tiny Elcho Island, which was believed to have experienced widespread damage, Northern Territory police said.

By midmorning Lam was downgraded to a category 2 storm but continued to dump heavy rain across Australia's north as it moved southwest.

It was also looming as a gloomy weekend for sports fans, with torrential rains from Marcia likely to force a halt toAustralia's second World Cup cricket match against Bangladesh scheduled to be played in Brisbane on Saturday.