Last week, President Asif Ali Zardari called for "clear terms of engagement" between the two countries in the fight against opponent fighters in the country. 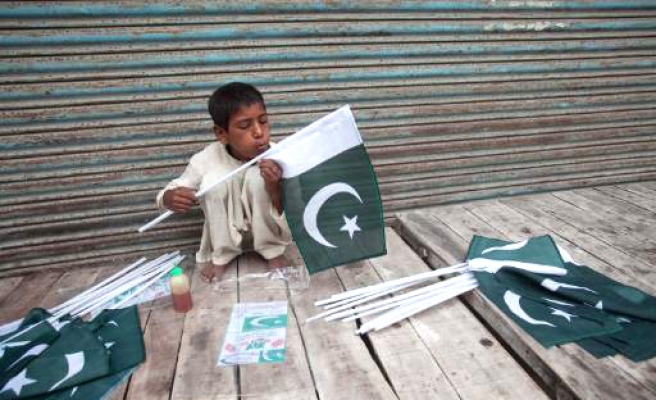 The United States has long pressed Pakistan to attack its own region to eliminate the local fighters who side with Taliban to end Western invasion in Aghanistan.

Among those targeted in the attack on a house 3 km (2 miles) east of the main town of Miranshah were members of the Haqqani network US accuses of being responsible for the insurgency in eastern Afghanistan.

"The dead included local Taliban as well as some Arabs and Uzbek nationals," an intelligence official in North Waziristan said, speaking on the condition of anonymity.

It was the largest strike since July 12, when U.S. drones killed 48 suspected fighters in North Waziristan.

Last week, President Asif Ali Zardari called for "clear terms of engagement" between the two countries in the fight against opponent fighters in the country.

He did not spell out the terms of engagement but they likely involve more consultation on drone strikes as well as greater oversight of CIA operations in Pakistan, military experts said.

While Pakistan in the past was seen to have given tacit support to the drone attacks in its northwest region, the red lines appeared to have been crossed with the bin Laden raid.

Pakistan saw that operation as a grievous breach of sovereignty prompting army chief General Ashfaq Kayani to call for a halt to the drone strikes.

Some Afghan insurgents belonging to the Haqqani network, a major insurgent fighting U.S.-led foreign occupation in Afghanistan, were among the dead in Wednesday's strike, a Pakistani intelligence official said.

It was not immediately known if any high-profile fighters were among the dead. Militants often dispute official account of such strikes.

Initial reports said five people were killed in the attack but officials said the toll had gone up to 21 after more bodies were found from the rubble of the house.

The latest strike took the death toll of suspected fighters in such attacks since the beginning of June to more than 160, according to Reuters figures based on statements from local intelligence officials .