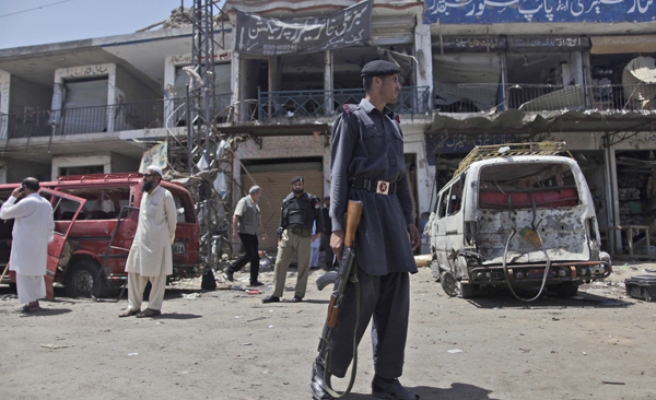 A suicide bomber blew himself up at a court complex in northwest Pakistan Monday, killing at least eight people and injuring 21, police said.

The bomber attacked as lawyers and litigants were arriving during the morning rush hour in the town of Shabqadar.

"A suicide bomber blew up himself inside the court complex. So far eight people have been killed and 21 others are injured," Fayaz Khan, a senior police official in the area, said.

Sohail Khalid, district police chief in Charsadda district where Shabqadar is located, confirmed the suicide attack and said two of the dead were policemen.

"We are investigating the nature of the blast. According to initial reports, a suicide bomber entered the complex and a policeman on duty tried to stop him but he blew himself up," Khalid said.

No group has yet claimed responsibility for the blast.

Local TV channels shown footage of injured being rushed to hospitals soon after the blast.

Shabqadar is near the Mohmand tribal district, one of seven semi-autonomous regions bordering Afghanistan where militants from Al-Qaeda and the Taliban had established bases in the past.