A suicide bomber struck a vehicle carrying the chief of a paramilitary police force in Pakistan on Wednesday. 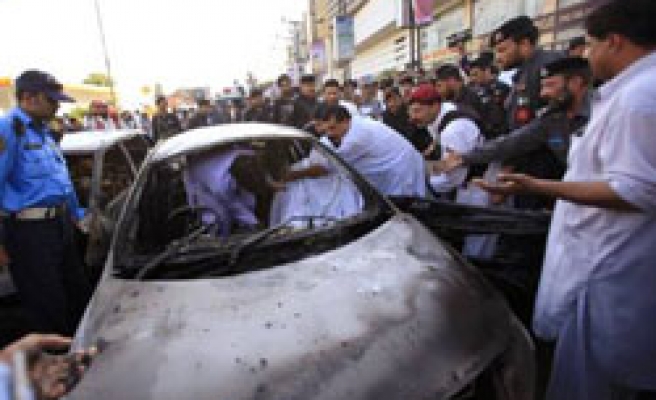 A suicide bomber struck a vehicle carrying the chief of a paramilitary police force in Pakistan on Wednesday, killing him and four others.

At least four people were wounded, the official told Reuters.

Sifwat Ghuyur, a police commander who was active in anti-Taliban operations, was killed in an attack on his car.

"He was leaving his office when a suicide bomber blew himself up," said the police official, Qutrat Ullah Khan.

The attack in Peshawar comes as Pakistan's impoverished northwest has been struggling to recover from devastating floods that have killed 1,500 people and affected millions of others, now looking for help from the government.

The attack was filmed by a surveillance camera, which showed the bomber walking up to Ghayur's vehicle at a traffic light and detonating his explosives. The explosion ripped through several cars stopped at the light.

The 25,000-strong Frontier Constabulary is a paramilitary police force that is primarily drawn from the northwest and operates throughout the country in support of traditional police officers.