Two women and two children were among the dead and about 20 more were wounded in the blast in Quetta. 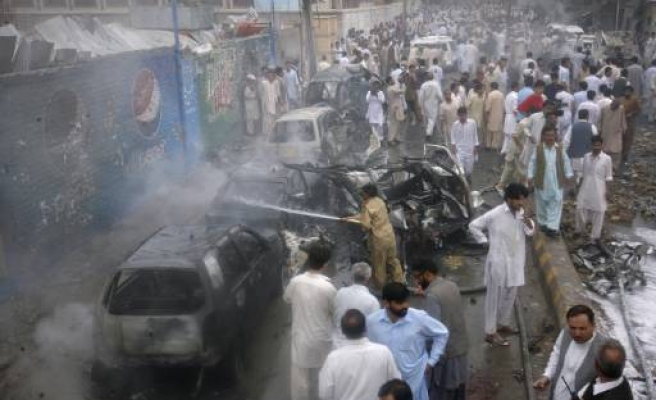 Two women and two children were among the dead and about 20 more were wounded in the blast in Quetta, the provincial capital of Baluchistan, which has been plagued by sectarian and separatist militant violence for years.

"According to initial information it appears to be a suspected suicide car bombing but we are investigating," a top police official, Hamid Shakeel, told Reuters.

Another police official, Ayaz Haider, said it was a sectarian attack and occurred in an area mostly inhabited by the Shi'ite Hazara community.

About 10 cars caught fire after the explosion, which also damaged nearby houses.

There was no claim of responsibility.

The attack came as people in predominantly Muslim Pakistan celebrated Eid al-Fitr, which marks the end of the Muslim fasting month of Ramadan.

Baluchistan is Pakistan's biggest but poorest province, where Baluch separatists militants are fighting a protracted insurgency to demand more autonomy and control over the natural resources of their impoverished region.

A bomb blast killed at least nine people and wounded 12 in the northwestern garrison town of Risalpur last week.