Last year, monsoon rains caused the worst floods in Pakistan's history, with the country's northwestern areas among the worst hit. 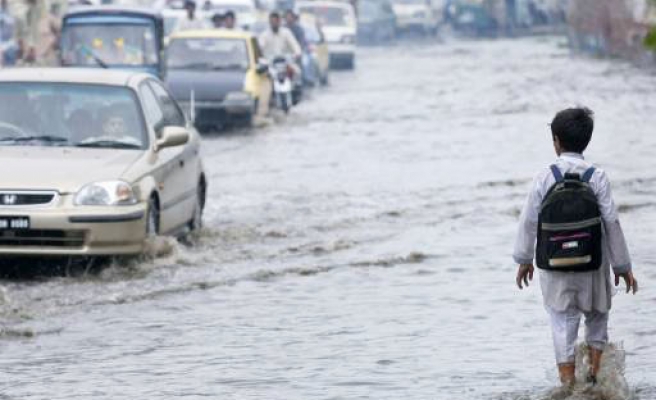 Flash floods triggered by monsoon rains wiped out a village in northwest Pakistan, killing at least 33 people, a government official said on Friday.

Rescue officials were looking for survivors after at least 63 people went missing when heavy rains on Wednesday night caused a river to burst its banks in the remote Kohistan district in the Khyber-Pakhtunkhwa province.

"We have recovered 33 bodies and the search is on for the remaining missing persons," the area's top administrator Imtiaz Hussain Shah told Reuters.

"It is just one area in the whole district that has been hit by sudden strong torrents after heavy downpour lashed the area and swept away some 25 to 30 houses scattered over the village."

Last year, monsoon rains caused the worst floods in Pakistan's history, with the country's northwestern areas among the worst hit.

About 2,000 people, mostly in the northwest, were killed and 18 million affected by the floods, with some 11 million left homeless.

More than a year later, over 800,000 families remain without permanent shelter, according to aid group Oxfam, and more than a million people need food assistance.

There is no sign of a repeat of flooding on last year's scale, with the rainy monsoon season about to end in a few weeks.