Typhoon Roke prompted the city of Nagoya in central Japan to urge more than 1 million people to evacuate on Tuesday and it cut through Tokyo on Wednesday. 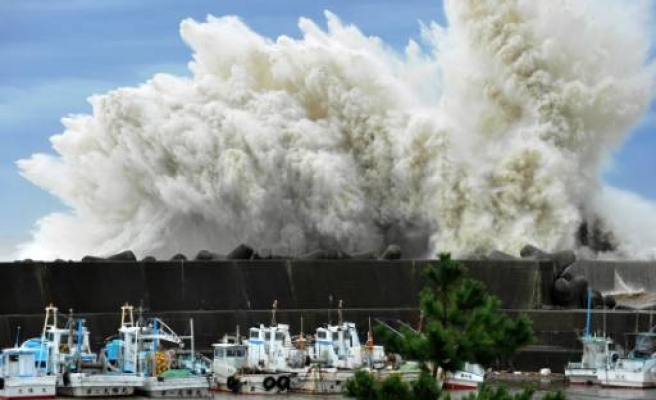 A strong typhoon has left 6 people dead and 6 missing after pounding Japan with heavy rain and strong winds, public broadcaster NHK said, but it did not have a major impact on the tsunami-crippled Fukushima nuclear plant.

Typhoon Roke prompted the city of Nagoya in central Japan to urge more than 1 million people to evacuate on Tuesday and it cut through Tokyo on Wednesday, halting commuter trains in and around the capital, affecting millions of passengers.

Tokyo Electric Power Co , operator of Fukushima Daiichi nuclear power plant, said some monitoring equipment had suffered glitches but it did not appear as if the typhoon had caused any radioactive water to overflow into the ocean, adding that final checks were still underway.

The site holds huge amounts of contaminated water used to cool reactors after cooling systems were knocked out by the March earthquake and tsunami.

Typhoon Roke, which has since been downgraded to a tropical storm, was off Japan's northern island of Hokkaido as of 8:00 a.m. (2300 GMT), moving northeast at a speed of 70 km (44 miles) per hour.

It was the second big storm to hit Japan this month after Typhoon Talas hit western Japan and left about 100 people dead or missing. Around two to four typhoons make landfall each year in Japan.