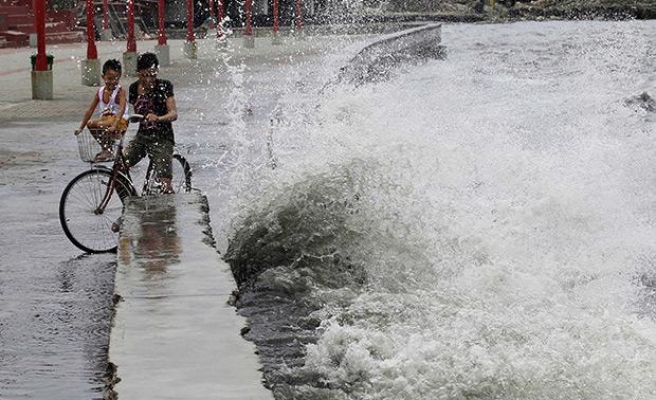 At least four people have been killed in the Philippines as a strong typhoon struck the archipelago’s north with heavy rainfall and strong winds Friday.

They had reportedly taken shelter in a tent along a roadside along with two colleagues -- who managed to escape -- when rocks and soil came crashing down from the hills at around 4 a.m. (2000GMT).

Meanwhile, the Office of Civil Defense in Ilocos Norte province confirmed that two people -- including a motorist who a tree fell on -- were killed while another went missing, according to GMA News.

Forecast to move west-northwest, the storm is expected to be in the vicinity of Batanes province’s capital Basco by Saturday morning, before exiting the Philippines’ territory by Monday morning.

The Philippines suffers around 20 typhoons and storms each year, many of them deadly.

In 2013, Typhoon Haiyan -- one of the strongest tropical cyclones ever recorded -- struck the country’s central islands, leaving more than 8,000 people dead, missing and injured.