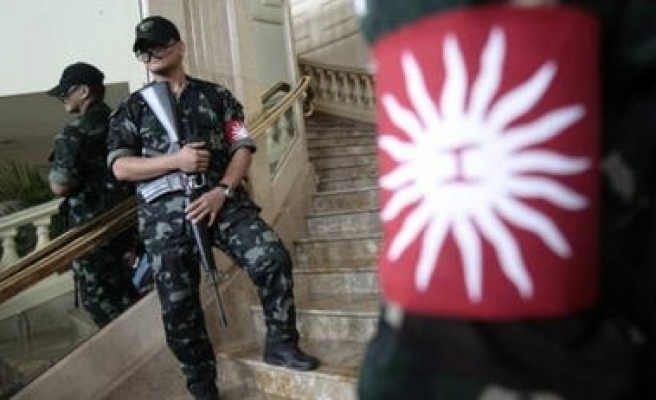 The death toll from daylong clashes between Philippine troops and an al-Qaeda-linked militant group has risen to 11 in the country’s Muslim south, according to the military.

Heavy clashes broke out Thursday when soldiers conducting law enforcement operations encountered rebels under the command of Indama and Jamiri, two of the Abu Sayyaf’s most wanted leaders, in the hinterlands of Basilan province – a known stronghold of the group. Muyuela said earlier that the ongoing fighting had left at least three militants dead and two others wounded in Tipo-Tipo town.

Captain Eugene Espino, army public affairs officer in Basilan, said Friday that eight Abu Sayyaf members had been wounded while on the government side, one soldier had suffered major wounds and six others minor injuries, mostly caused by shrapnel.

"Intensified law enforcement operations are ongoing as of this press time," he added.

Meanwhile, Joint Task Group Basilan commander Colonel Rolando Joselito Bautista said one of the slain militants had been identified as Abdullah Kalitot, a follower of Jamiri who escaped from the province’s jail in December 2010.

Darus Albarka, the mayor of Albarka municipality, told local radio station DXNO that five civilians were injured by splinter from rocket launchers used in the fighting in Magcawa village.

While wounded civilians were transported to a district hospital in nearby Lamitan City, several villagers had fled their homes in the villages of Magcawa and Guinanta to escape the danger of being stuck in the crossfire.

Authorities have been pursuing the groups led by Indama and Jamiri, who are believed to be responsible for a series of kidnappings and bombings in Basilan.

Indama has been identified as among those responsible for a July 2007 ambush on a military convoy that left 14 marines dead.

The deployment followed the killing of six soldiers in an ambush by the group in Sumisip town.