The death toll from Friday’s 7.7-magnitude earthquake and tsunami on the Indonesian island of Sulawesi has risen to 1,203, the country's disaster management agency said on Sunday. 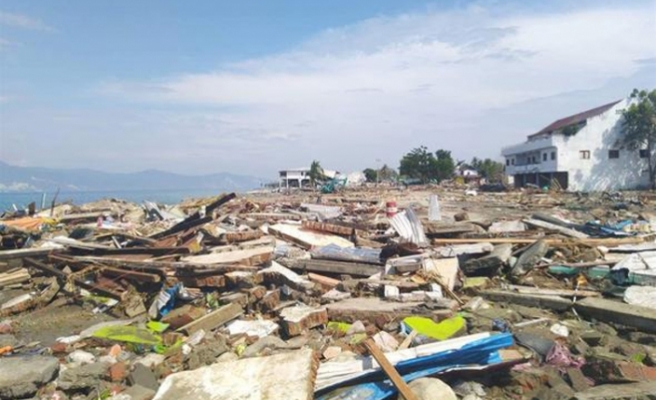 According to local media, the Indonesian government has announced that residents can buy food from markets and the state would cover the expenses.

At least 1.203 are now confirmed deaths, a balance that is still not the final one and is expected to increase significantly after rescue teams arrive in deep areas where they have not yet entered. Authorities have begun to put victims in mass graves for fear of spreading the disease. Tens of people are thought to be still alive in ruins.

In Palu, fast-trackers are awaiting the arrival of heavy machinery to search the ruins of a hotel and a shopping mall.

The landslides that have not landed in the area have greatly hampered their work by increasing the risk. Communication lines have been damaged and the so-needed presence of these machines is low, there is not enough equipment for the large number of collapsed buildings, the National Disaster Relief Agency spokesman said.

A tsunami warning was issued on Friday after the magnitude 7.5 earthquake on the resettlement scale. Violent violent landslides were followed by a 6-meter-high wave that collided with force on the shore, destroying everything that went ahead. Indonesian President Joko Widodo personally visited the affected region with the request that the efforts to find the survivors continue without stopping day and night.