Police, soldiers and volunteers had used their bare hands and makeshift tools to search for survivors and clear the area 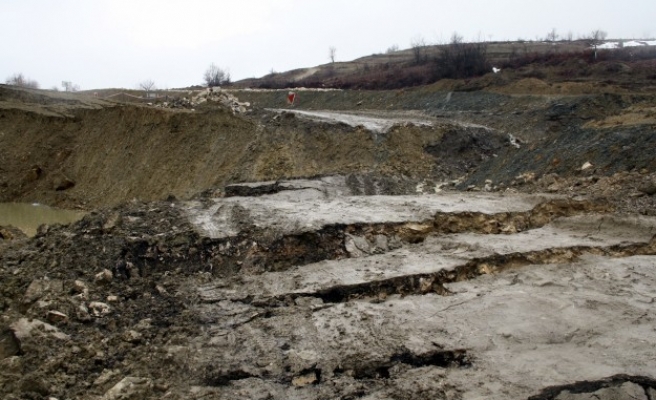 Rescue teams continued searching Sunday for 76 people who went missing following a landslide on the Indonesian island of Java that has left at least 32 others dead and thousands displaced.

The landslide buried hundreds of houses in Banjarnegara district late Friday, with rescue operations being suspended late the next day amid fears that ongoing heavy rainfall could trigger more landslides.

The country’s minister of social affairs said Sunday the number of evacuated persons had increased to almost 1,700 as residents continued fleeing the area.

Khofifah Indar Parawangsa was quoted by Kompas.com as saying, “management interventions must be coordinated, as there are a number of agencies to deal with.”

As a joint team of more than 2,000 personnel conducted the search for victims alongside police sniffer dogs, President Joko Widodo traveled to Banjarnegara to visit survivors and examine the evacuation process.

"The most important thing now is evacuation first,” he said Sunday afternoon, according to the Antara news website.

"When the course is opened, excavators can come in. Conditions indicate the excavators can enter tomorrow,” the president added, urging residents to be vigilant.

The rainy season in Indonesia began in late October, with the islands of Java and Sumatra expected to face threats of flooding and landslides in December amid peak rainfall.

Landslides have caused over 280 deaths this year, more than any other natural disaster in Indonesia.