At least six people died after an explosion at an abandoned plastics and chemicals factory in the eastern Chinese, state media said. 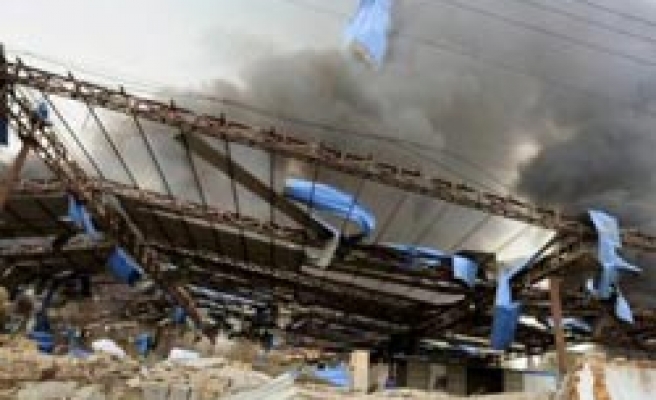 At least six people died and dozens were seriously injured on Wednesday after an explosion at an abandoned plastics and chemicals factory in the eastern Chinese city of Nanjing, state media said.

The official Xinhua news agency said its reporters saw burnt corpses being carried from the site and six bodies at a hospital.

The blast flattened buildings within a 100-metre radius and struck a passing bus, on which many passengers were injured.

Local media said more than 300 people were treated in hospital, including at least 50 who were seriously injured.

Pictures showed flames leaping from the site and towering over a nearby three-storey building, with a column of dark smoke rising into the sky.

Rescue workers have bought the fire under control and are combing debris, looking for the injured or dead, Xinhua said.

Xinhua said an initial investigation showed the explosion, in the city's northern Qixia district, was caused by a gas leak.

Previously, an official from state-owned oil giant Sinopec said the facility was a local liquefied petroleum gas plant. A nearby Sinopec petrol station was unaffected, he said.