A suicide bomber rammed his car into a police station in northwest Pakistan killing at least 19 people, police said. 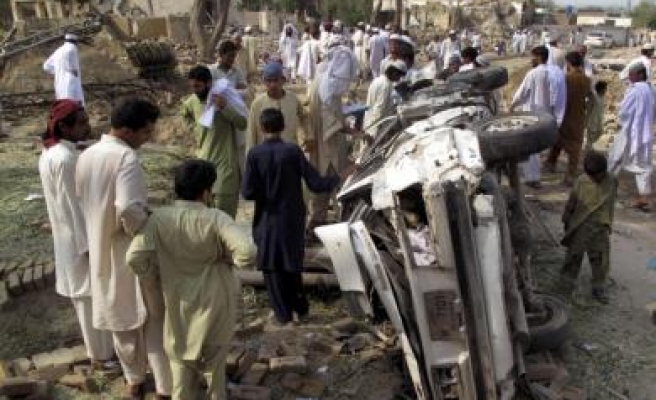 A suicide bomber rammed his car into a police station in northwest Pakistan on Monday killing at least 19 people, police said.

The attack took place in the town of Lakki Marwat.

The blast turned most of the police station into rubble. Burned out cars were flipped on their sides.

"Nineteen people have been killed. There are nine policemen and two children among the dead," the Information Minister of Khyber-Pakhtunkhwa province, Mian Iftikhar Hussain, told Reuters.

Another police official said said 34 people, including 20 policemen, were wounded.

An official said the death toll could rise as the police station collapsed after the blast and workers were trying to rescue people trapped in the debris.

The army has launched a series of offensive into trial regions during the rescue and relief efforts for flood victims, killing dozens under the pressure of the United States.

Meanwhile, U.S. has kept its missile strikes by pilotless drone aircraft into Pakistani tribal areas which was stepped up since the start of 2010.

Nearly 100 people were killed last week in suicide bombings on processions of minority Shi'ite Muslims in the eastern city of Lahore and southwestern city of Quetta.

Lashkar-e-Jhangvi, an anti-Shiite group, said Arshad Muavia, 22, carried out the attack, but according to reports from tribal areas near the Afghan border, a Taliban spokesman claimed responsibility of the previous attacks.