‘We call once more for unimpeded humanitarian access to northern Rakhine’, foreign diplomats say in statement 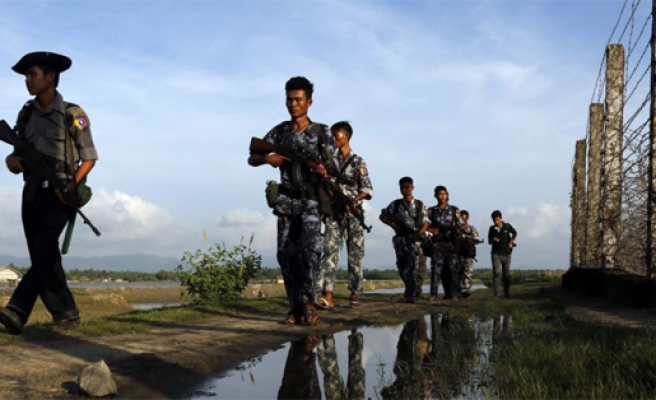 UN officials and foreign diplomats who visited Myanmar’s western Rakhine state on Monday called on the government for greater access to the region where more than 500,000 Rohingya villagers fled to Bangladesh to escape a military crackdown.

A total of 48 UN officials and foreign diplomats based in the commercial capital, Yangon, made the one-day visit to the Maungdaw area of Rakhine on Monday to learn about conditions there, according to the Myanmar government.

“We saw on our visit the dire humanitarian need. We call once more for unimpeded humanitarian access to northern Rakhine and the resumption of life-saving services without discrimination throughout the state,” said the statement issued by foreign corps late Monday.

The diplomats met some Rohingya villagers who had not fled and family members of non-Muslim victims who the government alleged had been killed by the Rohingya and also visited some villages allegedly attacked on Aug. 25.

“This was not an investigation mission and could not be in the circumstances,” it said, adding the government should allow a UN fact-finding mission into the region.

“An investigation of allegations of human rights violations needs to be carried out by experts.”

The diplomats stressed to the authorities that the people they met during their visit must not be subject to, and should be protected from, any reprisals such as physical attacks or arbitrary arrest.

“We sincerely hope that our visit is only the very first step in an urgently needed opening up of access for all, including the media, to all parts of northern Rakhine,” said the statement.