More than a dozen more people were killed overnight in Pakistan's Karachi after the killing of a member of the dominant political party in the city. 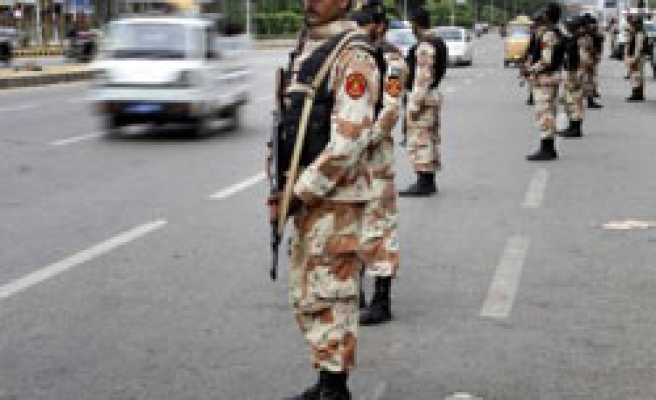 More than a dozen more people were killed overnight in Pakistan's Karachi after the killing of a member of the dominant political party in the city.

Sixty-two people have been killed since Monday, police and officials said, following the assassination of Raza Haider, a lawmaker in the Muttahida Quami Movement (MQM).

Hospital sources and officials said a total of at least 12 people were killed overnight in shootings as the violence gripping the city since Haider was gunned down along with his bodyguard while attending a funeral escalated.

More than 150 were wounded. The MQM has called for three days of mourning.

Early on Wednesday, unknown people set fire to several mobile phone shops in a main market in the city of 18 million people.

Police said more than 50 vehicles have been burnt while dozens of shops torched since Haider's slaying. Dozens of people have been arrested on charges of violence, they said.

Fearing more violence, most shops and fuel stations in the city were still closed on Wednesday morning.

"The situation is not good. I will wait for a few hours to see how it goes and if other people in the market also open shops, then I will as well," said Muhammad Jawaid, standing outside his closed bakery.

Trading was once again dull at the Karachi Stock Exchange, which closed an hour early on Tuesday amid security concerns. The main index was, however, up 0.69 percent by 11:55 a.m. (0655 GMT).

"The attendence in the market is still very thin and the turnover is likely to be low again today as people are still scared," said Asad Iqbal, chief investment officer at Faysal Asset Management Ltd.

Including the killings this week, officials say at least 214 people have been killed in targeted attacks since the start of the year, although analysts and political parties say the number is likely much higher.