More than 160 people have been killed in flash floods in Afghanistan, Pakistan. 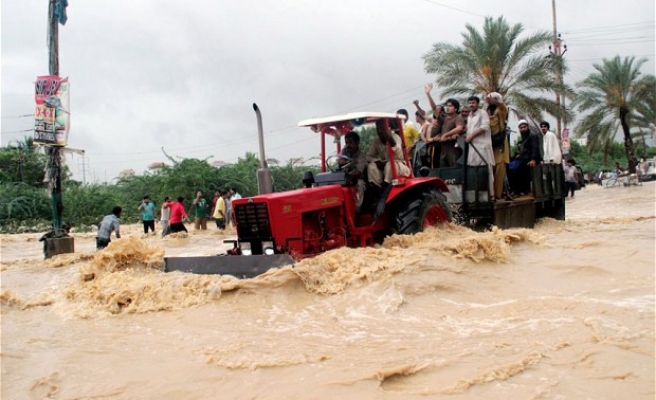 Flash floods caused by unusually heavy rain across Afghanistan and Pakistan killed more than 160 people and stranded villagers in remote areas without shelter, food or power in one of South Asia's worst natural disasters this year, officials said on Monday.

Mountainous Afghanistan was the worst hit, with 61 people killed and about 500 traditional mud-brick homes washed away in more than a dozen villages in Sarobi, a rural district less than an hour from the national capital, Kabul, officials said.

In the remote eastern Afghan province of Nuristan at least 60 homes were destroyed across three districts, said provincial spokesman Mohammad Yusufi. No one was killed.

Authorities were unable to get aid to some badly affected villages by land as roads in the area are controlled by the Taliban, Yusufi added.

"We have asked the national government for help as have an overwhelming number of locals asking for assistance, but this is a Taliban-ridden area," Yusufi said.

At least 24 people were also killed in two other eastern border provinces, Khost and Nangarhar, local officials said. More than fifty homes and shops were destroyed and thousands of acres of farmland flooded.

In Karachi, the commercial capital and a southern port city that is home to 18 million people, poor neighborhoods were submerged waist-deep in water and many precincts suffered long power outages. Deaths were also reported in the north and west of the country.