About 150 people have been killed by flashfloods in Pakistan in the last week, with the country's northwest and Baluchistan provinces, officials said. 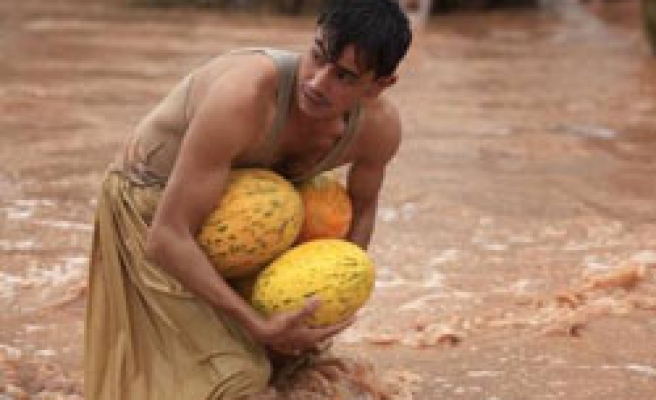 About 150 people have been killed by flashfloods and bad weather in Pakistan in the last week, with the country's northwest and Baluchistan provinces bearing the brunt of the storms, officials said on Thursday.

About 70 people were killed in flash floods in the southwestern Baluchistan province last week, which also uprooted nearly 100,000 people.

Most of the most recent casualties were in the picturesque Swat valley in Khyber-Pakhtunkhwa province where torrential rains caused the Swat river to burst its bank.

"The river wreaked havoc in Behrain, where rising water from the river washed away many houses and hotels around the river bank," a flood control official, Naeem Akhtar, told Reuters, referring to a town in the valley.

Akhtar said 28 people have been killed in the past 24 hours by flooding across Swat while another 21 were killed by lightning and collapsed houses in the Shangla town on Thursday.

Bad weather was likely also a factor in Wednesday's crash of AirBlue flight 202 in Islamabad, which killed 152 people.

Several thousand people in Swat and other parts of the provinces were either stranded or forced from their homes, officials said. Troops evacuated about 300 people from a village encircled by flood waters in the district of Tank.

Khyber-Pakhtunkhwa province received between 250 mm and 300 mm of rain in the past 36 hours -- the highest figure recorded in the last 35 years, Pakistan's meteorological department commissioner Qamar Zaman told Reuters.

"We expect more rains in the next 24 hours focused on Khyber-Pakhtunkhwa, but by tomorrow afternoon the intensity will go away."

Due to heavey monsoon rains in Pakistna, about half of the Pakistan is under flood. Millions

of people need help. They have no food and shelter. Please create awareness and try to help

these needy people. You can give your suggestions to us at [email protected] , your

little help can save a life.


A message from http://www.forumpakistan.com , we request all the charity organization in the

world to come in Pakistan and help in this hour of need.