Dozens line up to run for Kyrgyz presidency

The Central Election Commission said on Tuesday that 83 people, including 67 independent candidates, had applied to run in the Oct. 30 presidential election, the culmination of constitutional reforms introduced after last year's revolution. 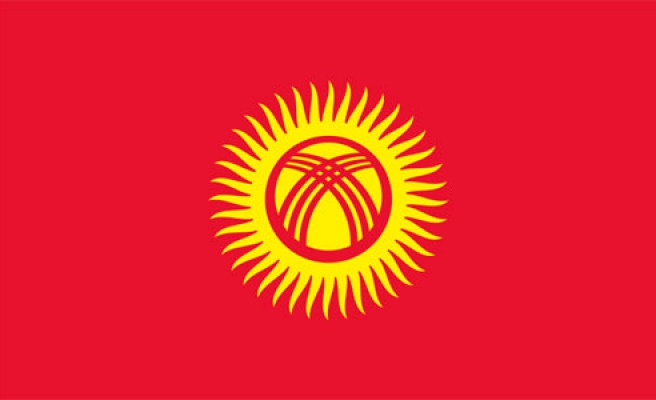 Election officials in Kyrgyzstan must whittle down a field of more than 80 presidential hopefuls before a contest that analysts say could expose divisions between the north and south of the volatile Central Asian state.

The Central Election Commission said on Tuesday that 83 people, including 67 independent candidates, had applied to run in the Oct. 30 presidential election, the culmination of constitutional reforms introduced after last year's revolution.

After nearly two decades of authoritarian rule that ended with the overthrow of President Kurmanbek Bakiyev in April 2010, Kyrgyzstan is attempting to entrench the first parliamentary democracy in a region otherwise run by presidential strongmen.

The new model of government makes parliament the main decision-making body and gives the prime minister more power than the president in the impoverished nation of 5.4 million, which hosts both Russian and U.S. military air bases.

The election commission has until Sept. 25 to determine which candidates will be allowed to run. The list of pretenders includes unemployed people, scientists, retired army and police officers, businessmen and journalists.

Many of the hopefuls are likely to fall foul of requirements to present at least 30,000 signatures, make a deposit worth around $2,200 and pass a Kyrgyz language test in the former Soviet state where Russian is still the first language for many.

"What we are seeing is apparent grandstanding and one-man shows," said Moscow-based Central Asia expert Arkady Dubnov. "They want to show that Kyrgyzstan is a country of people's democracy ... but they may end up laughing at themselves."

President Roza Otunbayeva has run Kyrgyzstan since Bakiyev was ousted, but according to the constitutional changes implemented by her government, her mandate expires on Dec. 31. She will not stand again.

Kyrgyzstan borders economic powerhouse China and lies on a drug trafficking route out of Afghanistan. The 2010 revolution was followed by violent clashes between ethnic Kyrgyz and Uzbeks that killed more than 400 people in the south.

Two decades after its independence from the Soviet Union,

Kyrgyzstan remains culturally and ethnically divided. In the much poorer south of the country, where central government has only a tenuous grip on power, radical Islam is on the rise.

Bishkek-based political analyst Mars Sariyev echoed public concerns that some of the little-known hopefuls, once knocked out of the race, may try to incite protests, threatening the fragile peace.

"This could be done to discredit the results of the election, to reduce the entire process to sheer absurdity," he said.

Dubnov forecast a tense second round of voting and echoed concerns that Almazbek Atambayev, the current prime minister in the coalition government, would be among the leading contenders.

Atambayev, representing the north of the country, was nominated by his Social-Democratic Party of Kyrgyzstan, making him one of the 16 candidates on the list to represent a party.

Among those also expected to present a strong challenge are Kamchibek Tashiyev of the Ata Zhurt (Motherland) party, which has the most seats in parliament, and Adakhan Madumarov of Butun Kyrgyzstan (United Kyrgyzstan). Both are popular in the south.

Analysts say that Omurbek Tekebayev, another southerner, could also perform strongly in the election. Popularly nicknamed "the father of Kyrgyzstan's constitution", he was nominated by his Ata Meken (Fatherland) party.

Future presidents will be limited to a single six-year term, but will have the right to appoint the defence minister and national security head.