Duterte's request, which could be approved as early as next week, comes despite critics voicing concerns the move threatens human rights and places too much power in the leader's hands. 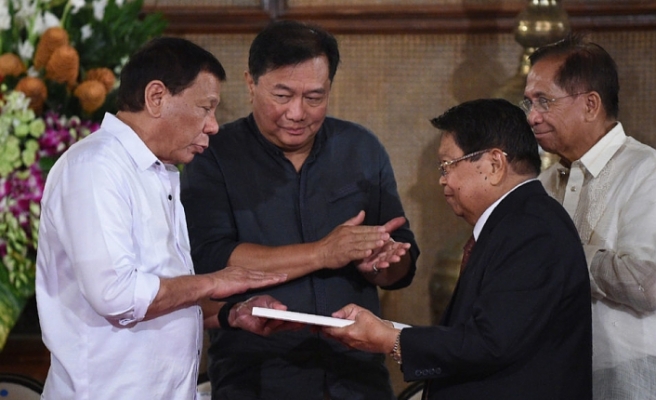 President Rodrigo Duterte on Friday asked legislators to extend martial law across the southern Philippines until the end of 2019 in order to quell continuing violence in the restive region, officials said.

However, the president's spokesman Salvador Panelo said a third extension was needed in the southern region of Mindanao to "protect the nation and its people".

"A halt may only frustrate the progress we are witnessing in Mindanao and may even strengthen the rebellion and propel it to other parts of the country," Panelo said in a statement.

Duterte initially put the Mindanao region under military rule after gunmen flying the black Islamic State flag attacked the mainly Muslim city of Marawi in May 2017, sparking a five-month battle that killed 1,200 people.

Martial law allows the military to establish control with measures like curfews, checkpoints and gun controls in a nation where civilians are allowed to own firearms.

It is a particularly sensitive matter in the Philippines because martial rule was used by dictator Ferdinand Marcos to remain in power during his two-decade reign, which ended in 1986 with a bloodless uprising.

Military and police chiefs have both recommended to Duterte that martial rule remain in force in the area after December 31 to quell continuing violence by other Islamist groups and communist rebels, officials said.

But critics warned that another extension is incomprehensible after the abuses that occurred in the preceding year and a half.

Rights group Karapatan, pointing to its own tally, said about 1,450 people have been arrested illegally and nearly 150 hit with politically-motivated charges since May 2017.

However, there is a base of support for extending martial law, including among local leaders in the southern region of 20 million who face the ongoing threat of a decades-old Islamist insurgency.

Many Filipinos back Duterte's tough tactics, including his deadly crackdown on narcotics, believing they are needed to solve the nation's deep-rooted problems like the roughly half-century battle against communist rebels.

The Philippine constitution allows the president to impose martial rule for up to 60 days to suppress "invasion or rebellion", during which the authorities may also detain suspects for up to three days without charges.

However, Duterte allies have a stranglehold on Congress, which had granted Duterte's initial request for martial rule to last until the end of 2017 to give him time to crush the Marawi rebellion.

Congress later approved another one-year extension to end-2018 in a decision that the opposition challenged in the Supreme Court, which narrowly upheld Duterte's move.