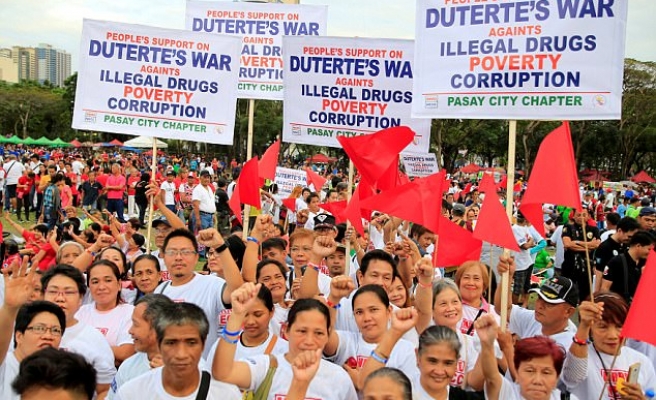 Dubbed as “Lihok Suporta” (Movement for Support), the rally was convened by Kilusang Pagbabago (KP) which is incidentally celebrating its anniversary and was attended by its members from Cebu and other neighboring provinces.

Local and national officials led by Cabinet Secretary Leoncio Evasco and Cebu City Mayor Tomas Osmeña attended and the event became a rally for the administration’s programs and achievements.

The rally was organized in the wake of allegations that Duterte has billions of illegally obtained pesos parked in bank accounts and calls from the opposition for the president to step down.

It also showed support for the highly criticized bloody anti-drug campaign of the administration that allegedly killed more than 7,000.