Duterte 'sure' Trump will not bring up human rights

Trump is due to land in the Philippine capital on Sunday evening ahead of two days of summits, and rights groups have urged him to pressure Duterte over the thousands of lives lost in the controversial anti-drugs crackdown. 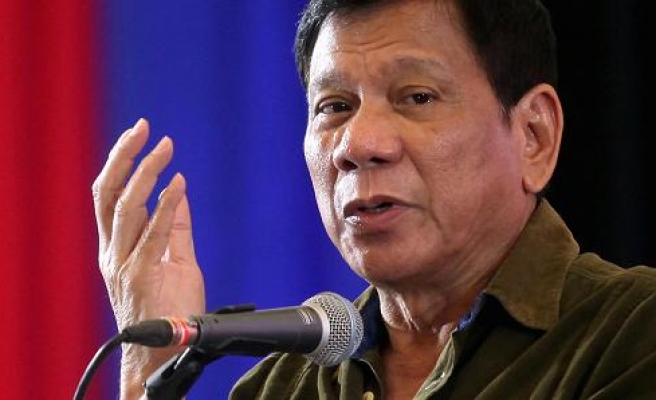 Philippine President Rodrigo Duterte said Sunday he was "sure" Donald Trump would not raise human rights concerns when they meet in Manila, after the US President praised his deadly drug war.

Duterte expressed confidence this would not happen, saying Trump had already given him "words of encouragement" during a brief encounter on the sidelines of another regional summit in Vietnam on Saturday.

"He said something about: 'You know, you handle it very well'," Duterte told reporters early Sunday morning after returning to Manila.

He said Trump was referring to the crackdown on drugs as well as a military campaign against Islamic State supporters in the southern Philippines.

When asked if the issue of extra-judicial killings -- which rights groups say are rampant in the drug war -- would be discussed, Duterte said: "I'm sure he will not take it up".

Duterte won elections last year after promising to eradicate illegal drugs in society with an unprecedented crackdown that would see up to 100,000 people killed.

Since he took office, police have reported killing 3,967 people in the crackdown.

Another 2,290 people have been murdered in drug-related crimes, while thousands of other deaths remain unsolved, according to government data.

Many Filipinos back Duterte, believing he is taking necessary measures to fight crime, but rights groups warn he may be orchestrating a crime against humanity.

Amnesty International on Saturday called on Trump to raise the issue with Duterte, either publicly or privately. The pair are tentatively scheduled to hold one-on-one talks on Monday.

"The US has to use its influence and leverage to call out Duterte's record on human rights," said Amnesty's Philippine director Jose Noel Olano.

"He'll be meeting a man whose policies are responsible for thousands of unlawful killings, including dozens of children."

Relations between the two nations then deteriorated, but ties began to improve when Trump told Duterte in a telephone call in April that he was doing a "great job" with his campaign against narcotics.

Duterte has repeatedly said he has no regard for human rights and once said he would be "happy to slaughter" three million Filipino addicts.

But when pressured over allegations of extra-judicial killings carried out by police, Duterte insists he has never told them to break the law.