Duterte threatens to expel EU envoys in the Philippines 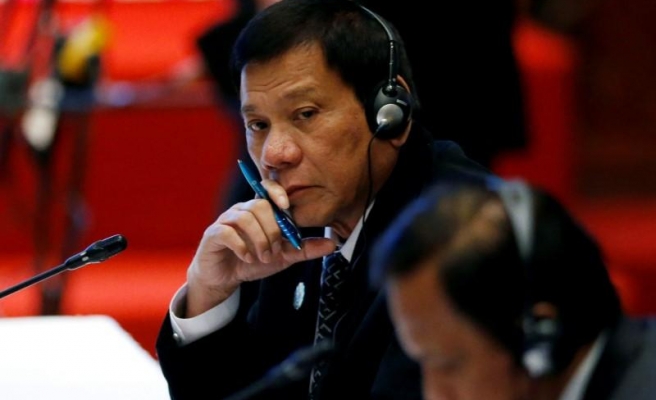 A furious President Rodrigo Duterte told the European Union diplomats to leave the country in 24 hours as he blasted the body anew over criticisms towards his administration’s brutal drug war.

"We can have the diplomatic channel cut tomorrow. You leave my country in 24 hours, all of you. You must have taken the Filipinos for granted," said Duterte addressing the envoys of European countries in his speech during the relaunching of the Malacañang Press Briefing Room.

Duterte reacted to a statement this week by the Human Rights Watch (HRW) that the Philippines problems with human rights could provoke economic sanctions and Philippines’ removal from the 47-state United Nations Human Rights Council (UNHRC).

"You want to expel us? You try,” said Duterte. “You think Russia, China and the rest of the countries in ASEAN will agree to that?”

Duterte’s latest tirades also followed a recent visit of a seven-member delegation of the Progressive Alliance and the Party of the European Socialists who called on the Philippines to stop the drug-related killings and warned of trade repercussions.

“You give us money then you start to orchestrate what things should be done and which should not happen in our country,” he said. "We will not allow anybody, not even the United States, to dictate on us,” said Duterte.

Earlier this year, the EU called for an international investigation into unlawful killings and other violations in the Philippines linked to Duterte's war on drugs.

However in a statement following Duterte's latest verbal attack, EU has denied involvement in the recent visit of the members of the Progressive Alliance which was “falsely reported by some media outlets” as an EU mission.

The presidential office in a statement issued Thursday clarified Duterte’s resentment was directed at the Progressive Alliance diplomats whose “irresponsible statements protesting the alleged killings under the Duterte Administration demean our status as a sovereign nation.”

"The call of the President for EU ambassadors to leave the country in 24 hours must be taken in this light. For so long, our President tolerated these undue interferences in our domestic affairs, and he has decided that these must stop if only to preserve the integrity and dignity of our State as a sovereign nation," Presidential Spokesperson Ernesto Abella said.