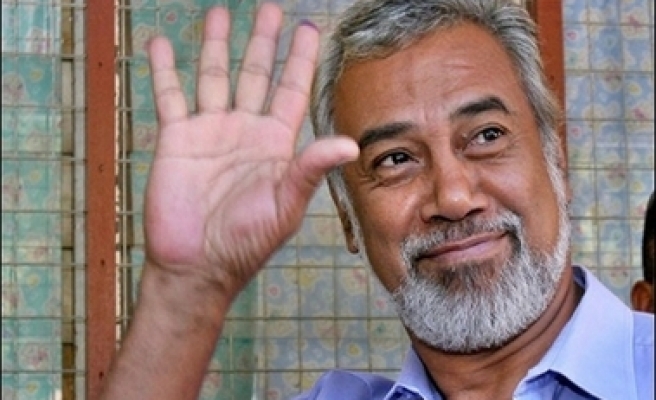 East Timor's deputy prime minister said on Wednesday he had resigned because the prime minister Xanana Gusmao had called him a liar, raising questions about the stability of Gusmao's ruling coalition.

Mario Carrascalao, who is one of two deputy prime ministers in Gusmao's government, recently accused the government of corruption after it did not buy heavy construction equipment from a supplier he had recommended.

The government issued a statement last week saying Carrascalao's preferred supplier would not have been able to deliver the goods to Dili and asked him to retract his statement.

Dili's Tempo Semanal newspaper quoted a letter from Carrascalao on Wednesday in which he said that Gusmao had screamed at him. The letter, in Portuguese, was translated into English by the newspaper.

"At the age of 73, this is the first time anyone has ever called me stupid or a liar," Carrascalao said in the letter.

"My response is to resign from my position of deputy prime minister."

Carrascalao is a member of the Social Democratic Party (PSD), which is part of Gusmao's ruling coalition. The justice minister, foreign minister and natural resources minister are also members of the PSD.

Tempo Semanal said Carrascalao's resignation could lead to the PSD pulling out of the coalition, causing "a political earthquake in Dili".