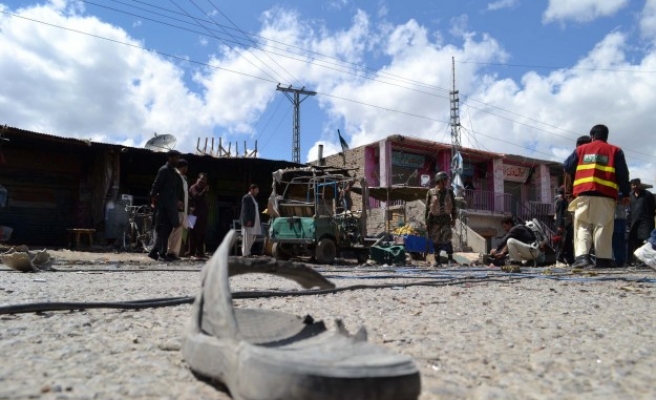 At least eight people were killed when a bomb planted at a makeshift bread shop in a Pakistani camp for displaced people exploded, police said.

A further 10 were injured in the powerful blast in northwestern Hangu district, 250 kilometers from the country’s capital, Islamabad, on Sunday.

Police confirmed that two of the injured later died in Hangu District Hospital, bringing the total number of deaths so far to eight.

Most of the people staying at the camp have been forced to leave their homes by fighting in Orakzai agency, where the Pakistani army has been engaged in operations against Taliban militants for the last four years.

Police chief Iftikhar Khan said the motorcycle bomb was planted in the busy market. Doctors fear the death toll could continue to rise as four of the injured were in a critical condition.