Eight workers die in coal mine blast in Pakistan

The accident took place in Loralai district’s Dukki town, located some 145 kilometers (90 miles) off the provincial capital of Quetta 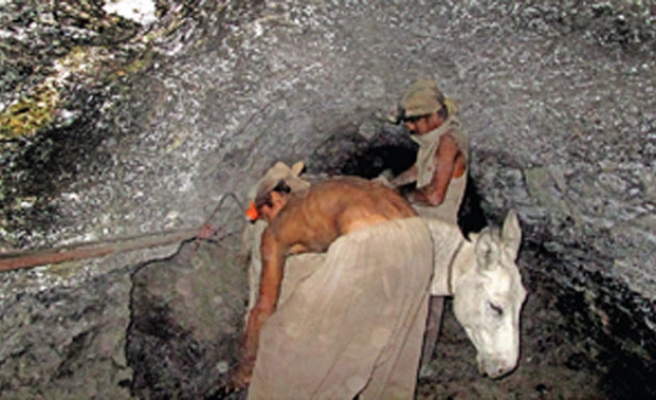 World Bulletin / News Desk
Eight workers were killed in an accident at a coal mine in southwestern Pakistan’s Balochistan province Friday, an official said.

The accident took place in Loralai district’s Dukki town, located some 145 kilometers (90 miles) off the provincial capital of Quetta. Initial reports suggest the mine caved in because of a blast caused by accumulated gas inside, Abdul Waheed Kakar, a government official in Loralai, told reporters.

Kakar said the body of one worker was recovered initially, while seven others remained trapped inside.

"Rescue workers entered the coalmine after hours-long struggle, but all seven workers had died by that time because of suffocation," he added.

Lack of proper safety measures and poorly-equipped and trained staff often cause such accidents in Pakistan.