The attack comes as local elections are held in the region under tightened security measures. 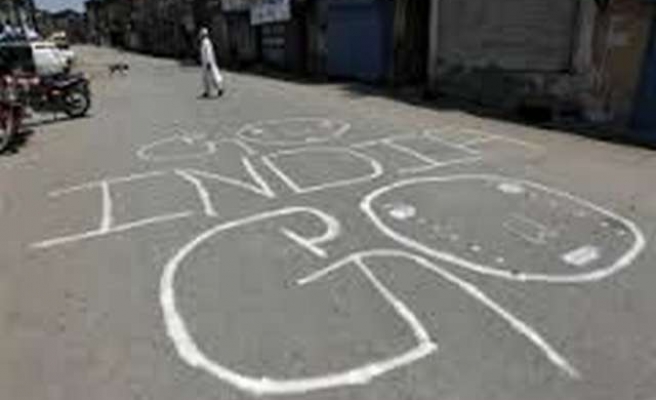 Seven civilians and a paramilitary officer were wounded Saturday in a grenade attack in Srinagar in the Indian-held Kashmir.

"Eight people were injured in the attack including a CRPF officer and we are investigating the incident," police spokesperson, Manoj Pandita, told the Anadolu Agency, using an abbreviation for the paramilitary force. No arrests had been made so far.

According to the police, the target of the attack was the bunker near a movie theatre but missed its mark and fell on the street, wounding the seven civilians. The wounded included a child and a woman who were immediately rushed to nearby hospital. Thier condition was reported to be stable.

Police said that the area was cordoned off immediately after the attack and an operation was underway to find those responsible.

This is the first attack in Srinagar since Tuesday when the first stage of the ongoing local elections started in the region.

Prior to the launch of the elections, the Indian authorities arrested senior resistance figures in the region and around 100 pro-independence political activists.

Kashmir, a Muslim-majority Himalayan region, is occupied by India and Pakistan in parts and claimed by both in full. The two countries have fought three wars -- in 1948, 1965 and 1971 -- since they were partitioned in 1947, two of which were fought over Kashmir.

Since 1989, Kashmiri resistance groups in the Indian-held Kashmir have been fighting against Indian rule for independence, or for unification with neighboring Pakistan.