Energy cooperation only deal made by South Asia leaders

The squabbling between India and Pakistan has held back SAARC for years, with the two sides' disagreements preventing progress in the consensus-based grouping. 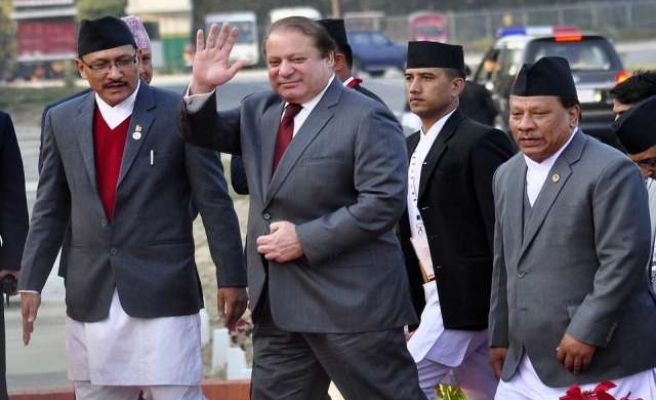 A brief meeting between India's Prime Minister Narendra Modi and his Pakistani counterpart appears to have salvaged a summit of South Asian leaders, with all eight countries clinching a last-minute deal to create a regional electricity grid.

A commitment to greater energy cooperation was the only agreement South Asian leaders were able to reach at the end of a two-day summit in Nepal on Thursday.

Nepal’s Prime Minister Sushil Koirala announced the agreement on energy cooperation, which according to the goals of the South Asian Association for Regional Cooperation would mean working towards increased and more sustainable energy production and consumption across the region.

The deal will allow private and public companies to easily buy and sell energy, facilitating easier energy distribution in the region.

There was no agreement on the previously planned deals for greater road and rail connectivity.

Thursday's pact, to be signed at the summit's closing ceremony, will buttress Modi's ambition for South Asia to become a viable economic counterweight to China, which has made sweeping inroads in the region.

Modi and Pakistan's Prime Minister Nawaz Sharif shook hands at the retreat, Pandey said, but gave no details. Until that point in the summit, the leaders of the two rivals had cold-shouldered each other.

The squabbling between the rivals is widely blamed for the poor performance of the South Asian Association for Regional Cooperation (SAARC), which was originally founded with the goal of moving towards a European-style union.

Despite a free trade pact in force since 2006, high tariffs and restrictions on movement keep trade among South Asian nations limited to just five percent of their total trade.

The grouping's failure to integrate the region over the past three decades has left the way open for China to step in, with port and road developments.

China has observer status at the grouping. Vice Foreign Minister Liu Zhenmin on Wednesday promised $30 billion for road building in South Asia over five years, and suggested increasing trade to $150 billion over the same period.

Pakistan, which still refused to sign two other planned pacts to boost cross border road and rail traffic, was increasingly sidelined at the summit.

India and Pakistan have been trying for years to strike a deal to share energy across their heavily militarized border in Punjab, but Pakistan's army has resisted the attempt. After Thursday's pact, it was not immediately clear if the army was now on board.