Environmental activist to be deported from Cambodia 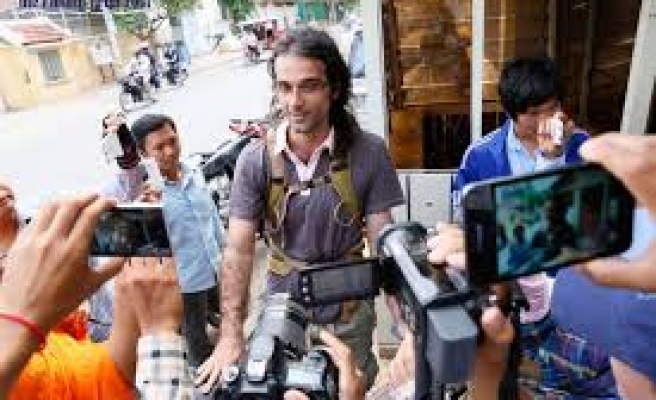 World Bulletin / News Desk
A Spanish national who has stood at the forefront of one of Cambodia’s most bitter environmental disputes was set to be deported Monday night, local media reported, after his arrest that afternoon in Phnom Penh.

Alex Gonzalez-Davidson, a co-founder of the environmental NGO Mother Nature Cambodia, has been a staunch opponent of the development of a Chinese-backed hydropower dam in the jungles of Koh Kong province in the west.

But an attempt to renew his visa was quashed by the government, with officials linking it to an incident last year when Gonzalez-Davidson was detained -- along with several other activists -- after they tried to block a road leading to the controversial site.

In a post on its Facebook page Monday, rights group Licadho said the government’s refusal to renew Gonzalez-Davidson’s visa was part of  “a sustained attempt by the government to quash grassroots advocacy and silence dissent.”

The visa expired Friday, but Gonzalez-Davidson had said he would not leave the country willingly.

The Phnom Penh Post quoted Monday an unnamed immigration official as saying the arrest followed a direct order from Prime Minister Hun Sen, who delivered a speech in the morning lambasting the activist, who speaks fluent Khmer.

General Khieu Sopheak, Interior Ministry spokesperson, was quoted by the Post as saying that Gonzalez-Davidson would be forced “out of the Kingdom” by Monday night.

Sopheak also told The Cambodia Daily that the move shouldn’t be seen as an arrest, saying instead that “we expel.”

Mother Nature has advocated on behalf of hundreds of ethnic Chong families, who say that the $400 million 08-megawatt Stung Chhay Areng dam will flood their land and destroy the habitats of a number of vulnerable species.

Gonzalez-Davidson’s deportation could have a long-lasting impact, with the Daily quoting Sopheak as saying the activist would not be allowed to return.